What does Ayan mean?

[ 2 syll. a-yan, ay-an ] The baby girl name Ayan is pronounced EY-aeN †. Ayan has its origins in the African-Somali and Japanese languages.

Ayan is a variant of Ayana (English and Somali).

Ayan is also a variant of Ayane (Japanese). 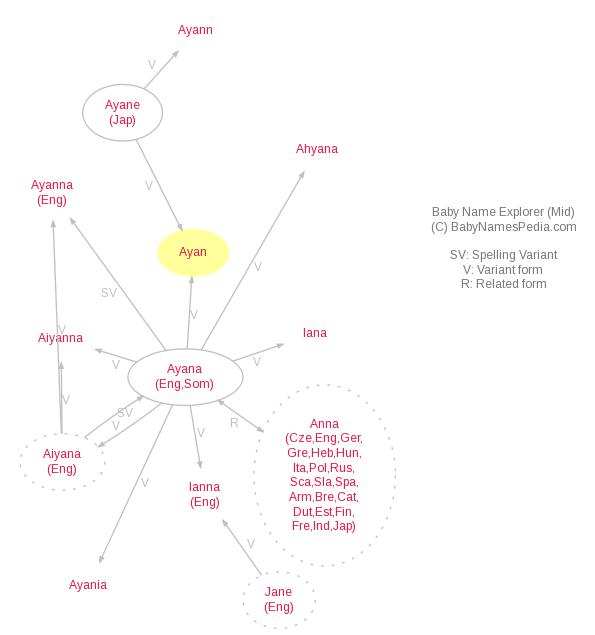