What does Ayana mean?

[ 3 syll. a-ya-na, ay-ana ] The baby girl name Ayana is pronounced EY-aeN-aa- †. Ayana's language of origin is Native American and African-Somali, and it is predominantly used in English and Somali. African-Somali origin: It is derived literally from the word ayana which is of the meaning 'beautiful flower'. The name could also have developed as a form of Anna. In the USA, it is particularly used by Afro-Americans.

In addition, Ayana is a derivative of the English Aiyana.

Derivatives of Ayana include the names Ahyana, Aiyanna, Ayan, Ayania, Iana, and Ianna.

Ayana is an uncommon baby name for girls. At the modest height of its usage in 2001, 0.019% of baby girls were named Ayana. It ranked at #654 then. The baby name has since fallen from favor, and is currently of only irregular use. In 2018, within the group of girl names directly related to Ayana, Anna was the most widely used. 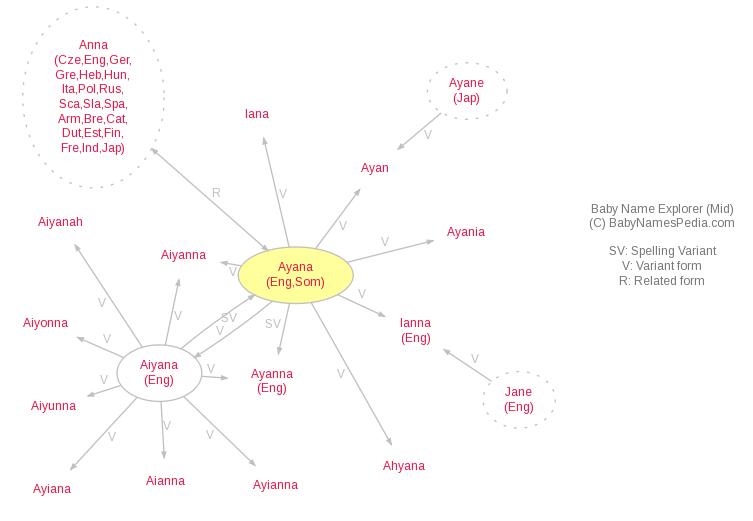