What does Ayman mean?

[ 2 syll. ay-man, aym-an ] The baby boy name Ayman is pronounced ahMae-N †. Ayman is of Arabic and Germanic origin. It is used mainly in Albanian, Arabic, and French. From Arabic roots, its meaning is 'fortunate' - in this context, Ayman can be used in the Albanian and Arabic languages.

In addition, Ayman is a variant of Raymond (English and French) in the French language.

Ayman has 12 variants that are used in English and foreign languages. English variants of Ayman include Aiman, Aimen, Aimin, Aimon, Aymean, Aymein, Aymen, Aymien, Aymin, Aymon, and Aymyn. Aymeen (Arabic) is a variant of the name that is used in foreign languages.

Ayman is not often used as a baby boy name. It is not listed within the top 1000. Out of the family of boy names directly related to Ayman, Raymond was the most widely used in 2018.

There are no famous persons named Ayman. 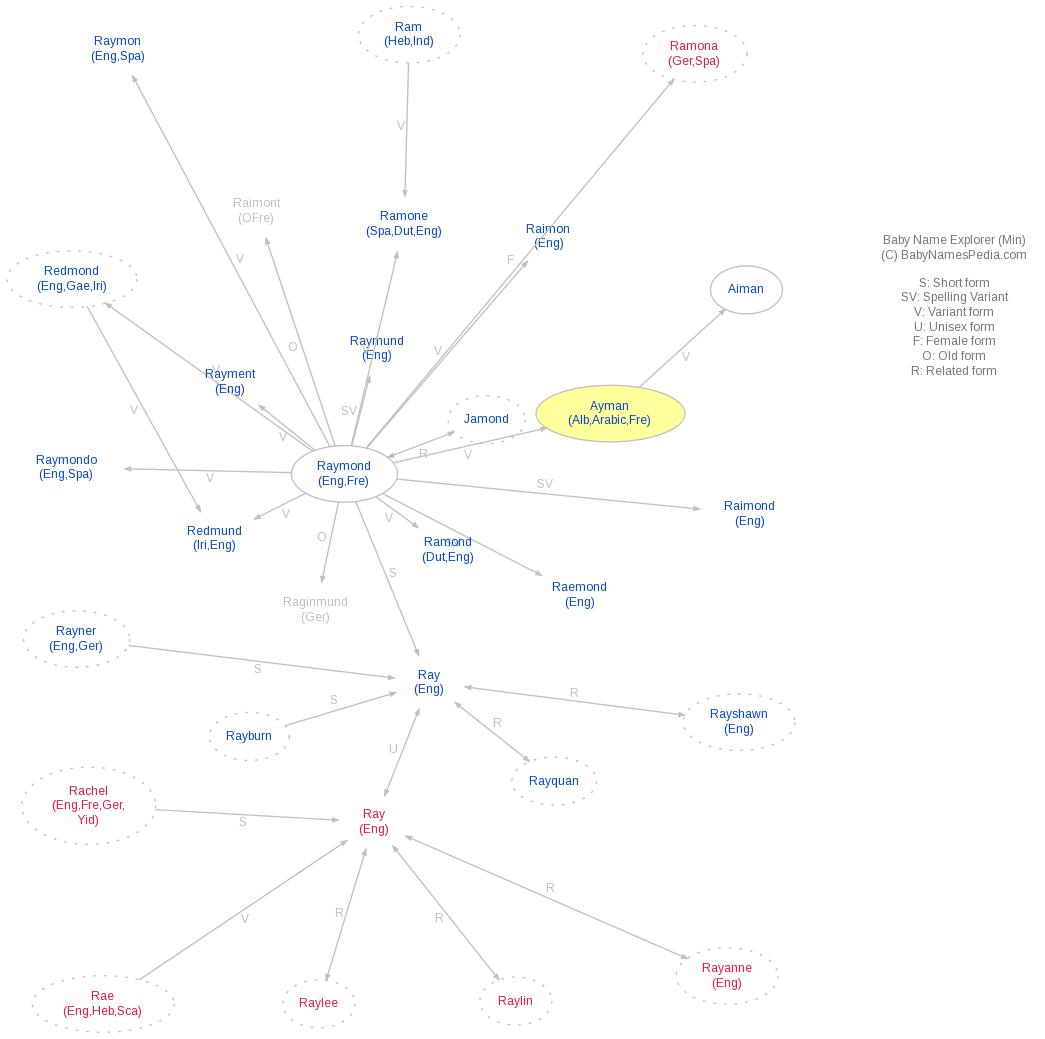