What does Azalea mean?

[ 3 syll. a-za-lea, az-al-ea ] The baby girl name Azalea is pronounced as ahZEY-LYaa- †. Azalea is used mostly in the English language and it is also of English origin. It is derived from the elements 'azalea' ; 'azaleos' meaning dry. The first name is taken from the name of the flower azalea, itself ultimately of the Greek 'azaleos'. It was first adopted by English speakers in the late 19th century.

Azalea is fairly popular as a baby name for girls, and it is also considered rather trendy. The name has been growing in popularity since the 2010s; prior to that, it was of very light use only. Its usage peaked modestly in 2018 with 0.033% of baby girls being given the name Azalea. Its ranking then was #510. Among all girl names in its group, Azalea was the most regularly used in 2018. 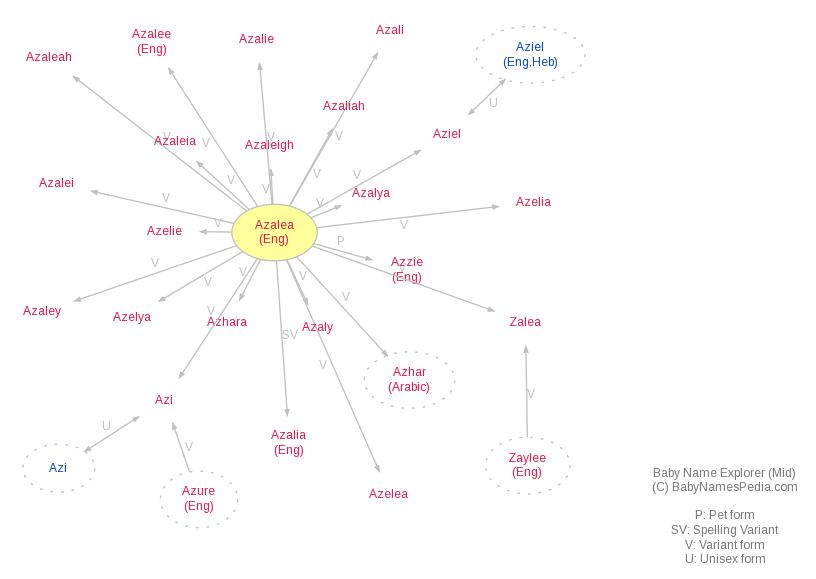