What does Azriel mean?

[ 3 syll. a-zriel, az-ri-el ] The baby boy name Azriel is also used as a girl name. It is pronounced as ah-ZRiy-EHL †. Azriel is used predominantly in the Hebrew language and it is also derived from Hebrew origins. The name is of the meaning God helps. A biblical name, it is derived from the elements 'azar' meaning to help ; 'el' God, powerful. In the Bible, the name was borne by several minor characters, including one of the leading men of the half-tribe of Manasseh.

Azariel (English and Hebrew), Azrael (English), Azreal, and Azryel are variants of Azriel.

Azriel is rarely used as a baby name for boys. It is not listed in the top 1000 names. 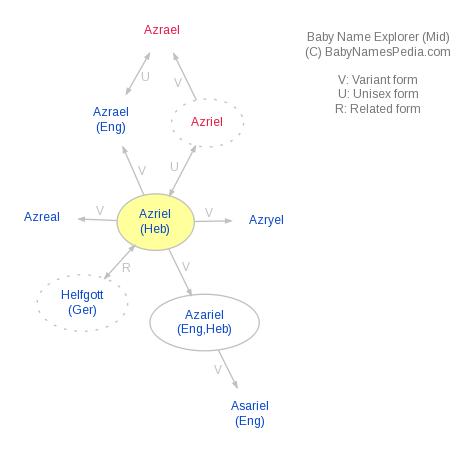