What does Balder mean?

[ 2 syll. bal-der, ba-ld-er ] The baby boy name Balder is pronounced as BAO-LDeh-R †. Balder has its origins in the Old Norse language, and it is used largely in English, French, German, and Scandinavian. Balder is of the meaning 'prince, ruler; bold, brave'. An original form of the name is Baldr (Old Norse). The name is of the meaning 'prince, ruler', cognate with the Germanic balthaz (meaning 'bold, brave') or bald. In Norse mythlogy, Balder was Odin's beautiful second son by his wife Frigg; in some legends, he was known as the god of light. Through his mother's help, he was protected from young by a vow that he would not be harmed, but the mistletoe was overlooked. He was eventually killed by a branch of mistletoe, and consequently been taken sometimes to symbolize ill-fated beauty.

Balder is not widely used as a baby name for boys. It is not in the top 1000 names. 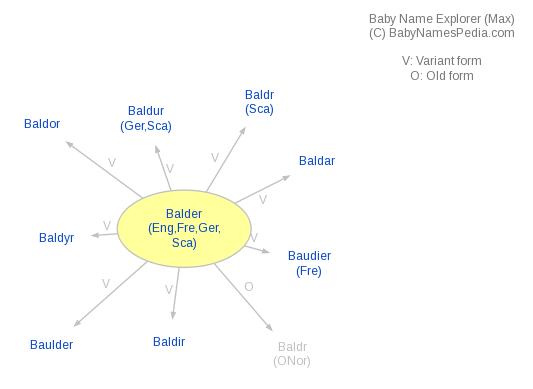