What does Baldric mean?

[ 2 syll. bal-dric, ba-ldr-ic ] The baby boy name Baldric is pronounced as BAHL-DRih-K †. Baldric is primarily used in the English language and it is of Germanic origin. The meaning of the name is bold ruler, brave ruler. It is a two-element name derived from the words 'bald' + 'ric' which mean bold, brave + rich, powerful, ruler respectively. An older form of Baldric is Baldarich (Germanic). The name was introduced by Normans into England in the 11th century, where it remained rather popular during the Middle Ages. Its popularity dropped off after the medieval period, and in recent times it has been made known through the fumbling servant and sidekick Baldrick in the BBC television comedy sitcom Blackadder (1983-).

Baldric is an irregularly used baby boy name. It is not ranked within the top 1000. 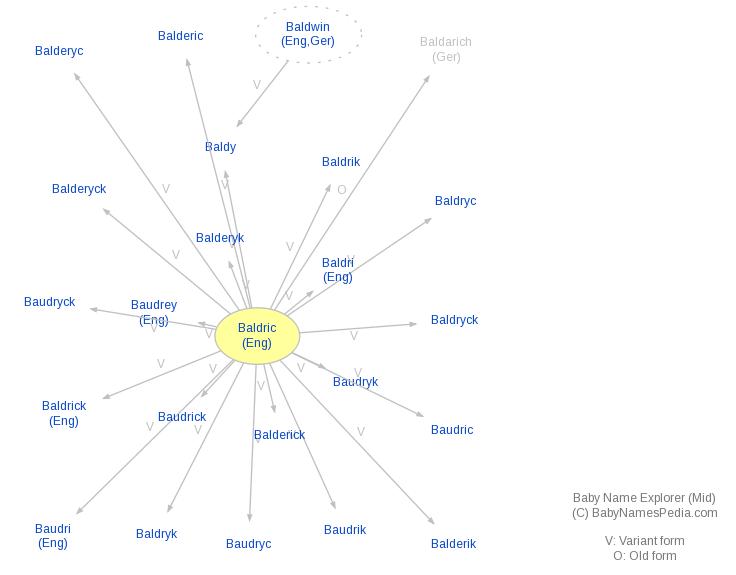