What does Baldwin mean?

[ 2 syll. bal-dwi(n), ba-ldw-in ] The baby boy name Baldwin is pronounced as Bao-LDWIY-N †. Baldwin's language of origin is Germanic. It is predominantly used in English and German. The meaning of Baldwin is 'bold friend, brave friend'. It is a two-element name derived from bald and wine with the meanings 'bold, brave' and 'friend' respectively. Baldawin (Germanic) is an original form of the name. The name was brought in from Flanders in the 12th century. It was common among the Flemish ruling families in medieval times and was used as a surname as well. The name was borne by Baldwin II, Count of Flanders, as well as Baldwin II of Boulogne, who was crowned king of Jersusalem in 1100. The name fell into disuse after the Middle Ages, but saw a modest revival in the 19th century, generally from the transferred use of the surname rather than a direct revival of the Norman personal name. It was in recent times known from King Baudouin I of Belgium (1930-1993).

Baldwin is not popular as a baby boy name. It is not listed within the top 1000. 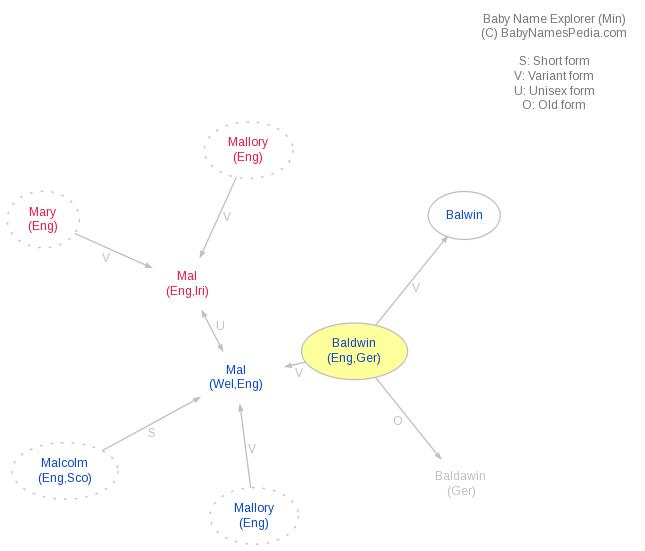