What does Balthasar mean?

[ 3 syll. bal-(t)ha-sar, ba-lthas-ar ] The baby boy name Balthasar is pronounced BAEL-THaaZaaR †. Balthasar's language of origin is Assyrian, and it is used largely in the English and German languages. The name's meaning is 'Baal protect the king'. It is from Baal meaning 'lord' ; scharra ; usur. The first name is derived from Belshazzar (Hebrew), a name borne by a biblical king. The king's name was taken from Belsharrausur (Babylonian) in reference to the Babylonian god Baal. In early Christian tradition, the name was also supposedly borne by one of the three Magi or wise men from the east who brought gifts to the infant Jesus. The name was first adopted by English speakers in the Middle Ages. In literature, the name was used by Shakespeare for several of his plays, notably The Merchant of Venice (1596-1598), whereby it was the adopted name of the heiress Portia when she was under disguise as a lawyer. The Italian form has sometimes been bestowed in tribute to the 15th-century Blessed Balthasar of Chiavari, venerated in Pavia, Italy.

Balthasar has 22 variant forms that are used in English and foreign languages. Variant forms used in English include Baldasarre, Baldassario, Baltazar, Balthasaar, Balthazaar, Balthazzar, Baltsaros, Bathazar, Belshazar, and Belshazzar. The contraction Balt, the diminutive form Bath, and the variant spelling Balthazar are other English forms.

Balthasar is not regularly used as a baby name for boys. It is not ranked within the top 1000 names. 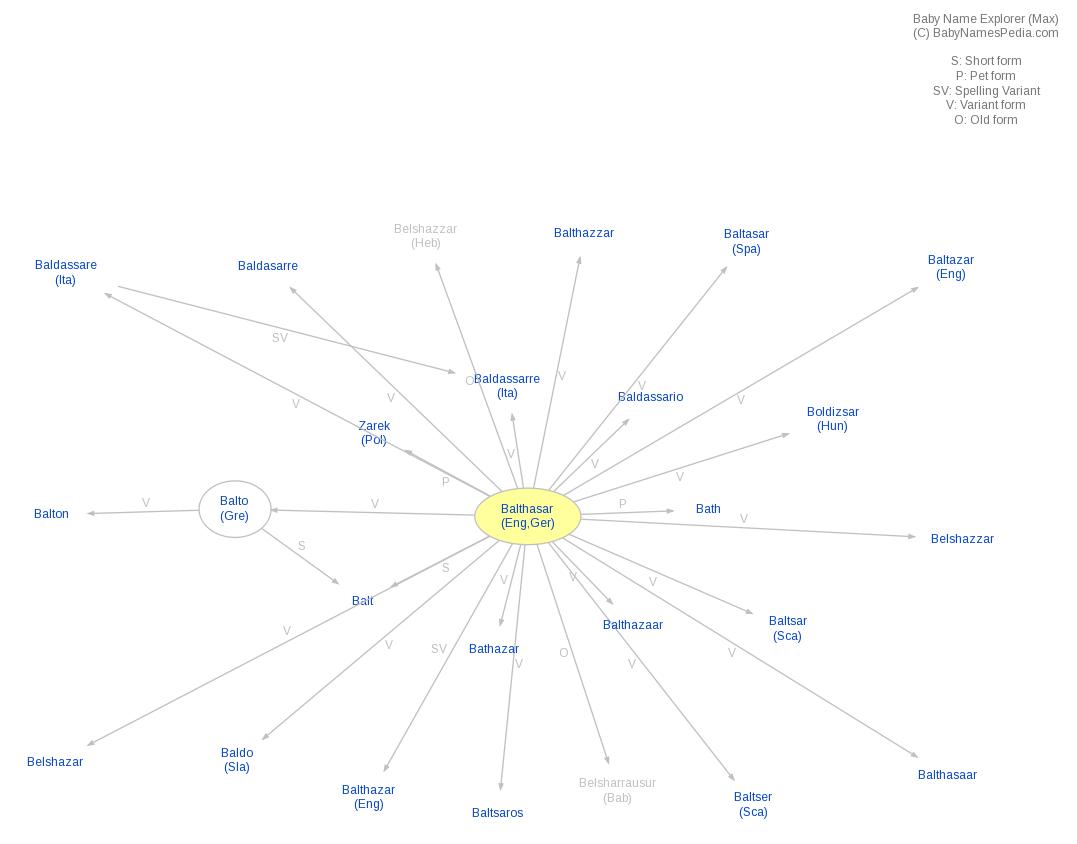