What does Barak mean?

Barak has its origins in the Hebrew language. It is used largely in English and Hebrew. Biblical name: The meaning of Barak is 'lightning'. In the Old Testament of the Bible, Barak was an army commander and reluctant hero who defeated the Canaanite army with God's help. In recent times, a variation of the name has been made famous by the American president Barack Obama (1961-).

Barak's origin, as well as its use, is in the Arabic language. The meaning here is blessing.

Barak is infrequently used as a baby name for boys. It is not listed in the top 1000 names. 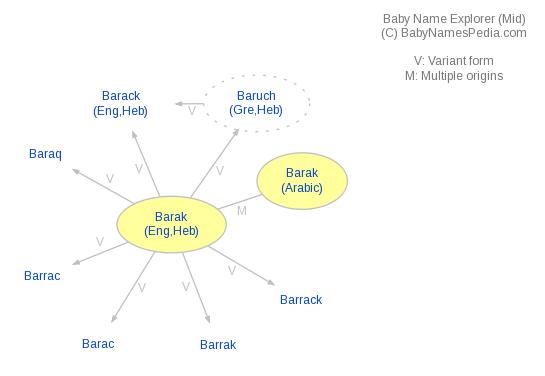