What does Barbara mean?

[ 3 syll. bar-ba-ra, ba-rb-ara ] The baby girl name Barbara is pronounced in English as BAAR-BahR-ah or BAAR-BRah or in Polish as BaaR-BAA-Raa †. Barbara is of Latin origin, and it is used mainly in the English, French, German, Hungarian, Italian, Polish, Slavic, and Spanish languages. The name is of the meaning 'foreign woman'. It is derived from barbari meaning 'foreign, stammering people' ; barbaros 'foreign, barbaric' ; barbar 'unintelligible speech'. The root element refers to the unintelligible stammering of foreigners, which to the Greeks sounded like 'bar-bar'. The name could have been first borne by Saint Barbara, who was a foreign slave. She was a 3rd-century martyr executed by her father for her Christian faith; immediately after her death the latter was struck dead by a bolt of lightning. Thus, she is a protectress against fire and lightning in Catholic custom, and by association, the patron saint of gunners, firework makers, and stonemasons. There is no evidence that she actually existed, but her cult was very strong from the 9th century onwards, leading to a widespread adoption of the name. The name is however not found in the Bible, and therefore saw a decline in use after the Reformation. It saw a recent revival in the 20th century. The Irish form Baibín is also used as an Anglicized form of Gobnait.

What are the Variant Forms of Barbara?

Barbara is an all-time favorite. Currently it is still somewhat popular as a baby name for girls, though it was in more widespread use in the past. Its usage peaked in 1938 with 3.440% of baby girls being given the name Barbara. Its ranking then was #2. The baby name has since experienced a marked decline in popularity, and is of only occasional use in recent years. In 2018, it ranked at #930 with a usage of 0.015%, but it was nonetheless the most popular among all girl names in its group. Barbara has predominantly been a girl name, although in the past century it has also been used for boys. Barbara as a girl name outnumbered its use as boy name by 297 times in 1963. 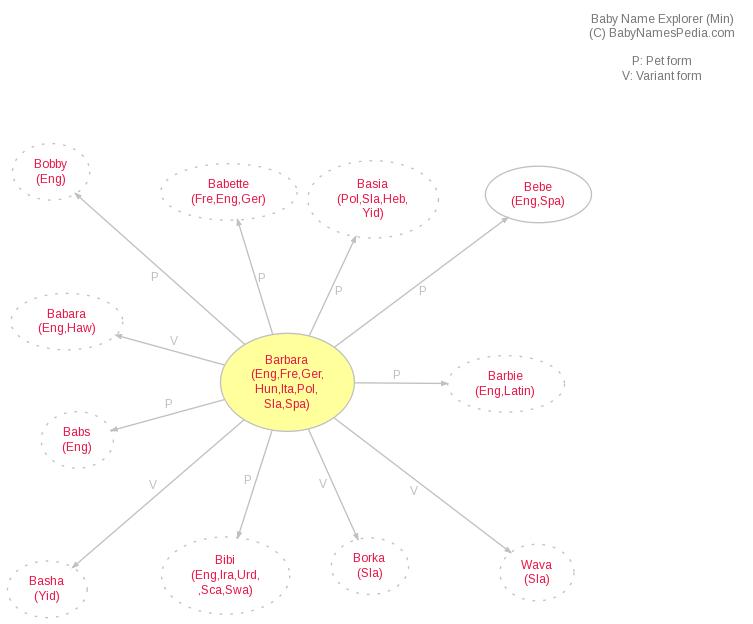