What does Barnaby mean?

[ 3 syll. bar-na-by, ba-rn-aby ] The baby boy name Barnaby is pronounced as BAARNaa-Biy- †. Barnaby has its origins in the Aramaic language. It is used largely in the English and Polish languages. The name first developed as a medieval English form of Barnabas. It has been used by Charles Dickens as the name of the good-hearted but developmentally-disabled titular lead in his novel Barnaby Rudge (1841). It has also appeared in the American TV series Barnaby Jones (1973-1980) as the name of an aging detective.

Barnaby is also a variant form of the English Bartholomew in the Polish language.

Variant forms share the origin and meaning of the name Barnaby.

Barnaby is unusual as a baby boy name. It is not ranked within the top 1000. 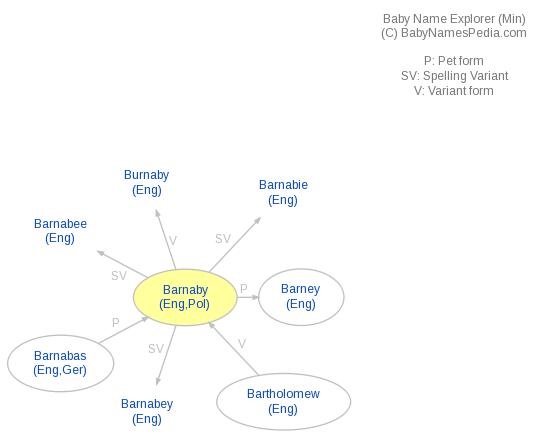