What does Baron mean?

[ 2 syll. ba-ron, bar-on ] The baby boy name Baron is pronounced as BEH-R-aeN †. Baron is largely used in the English language and its origin is Old English. The name means a warrior or baron.

Baron is an uncommon baby boy name. At the modest height of its usage in 2008, 0.009% of baby boys were given the name Baron. It had a ranking of #991 then. The baby name has seen a fall in popularity since then, and is now of infrequent use. Within all boy names in its family, Baron was nonetheless the most popular in 2018. 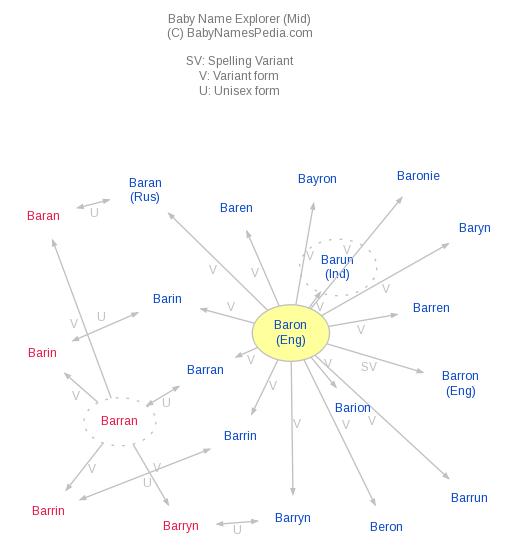