What does Barrett mean?

[ 2 syll. bar-ret(t), ba-rre-tt ] The baby boy name Barrett is sometimes used as a girl name. It is pronounced as BAA-RehT or BEHR-RehT †.

Barrett's language of origin is Old French. It is derived from the element 'barette' which means cap, bonnet.

In addition, Barrett is a variant (English) of the name Bernard (Dutch, English, French, German, Italian, and Polish).

Barrett is popular as a baby name for boys, and it is also viewed as trendy. The name's popularity has been growing since the 1950s. Its usage peaked recently in 2018 with 0.093% of baby boys being given the name Barrett. Its ranking then was #213. Among all boy names in its group, Barrett was the most widely used in 2018. 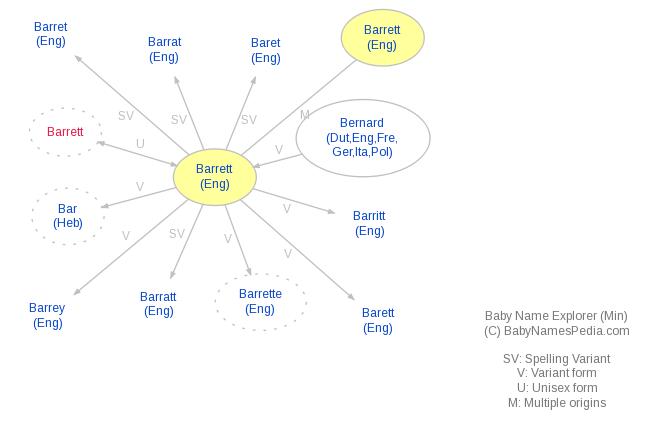