What does Barrie mean?

[ 2 syll. bar-rie, ba-rr-ie ] The baby girl name Barrie is also used as a boy name, with the latter form being far more popular. It is pronounced BEHR-iy- †. Barrie is of Celtic origin and it is used mainly in English. The meaning of Barrie is 'fair headed; spear; mound,dune; son of Harry'. It is derived from fionn meaning 'white, fair' ; barr 'head' ; bearach 'spear' ; bar 'mound, dune' ; ap Harry 'son of Harry'. Barrie is the feminine version of the English and Irish Barry.

Barrie is not commonly used as a baby girl name. It is not in the top 1000 names. Barrie has in the last century been primarily given to boys. 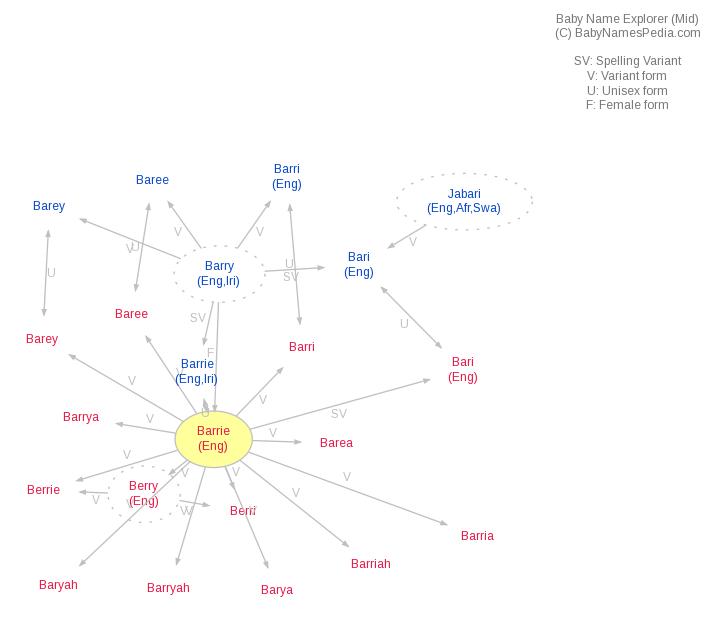