What does Barrington mean?

[ 3 syll. bar-rin-(g)ton, ba-rringt-on ] The baby boy name Barrington is pronounced BEH-R-iy-NTahN †. Barrington has its origins in the Germanic and Celtic languages. It is used largely in the English language. Germanic origin: The first name is taken from the surname, which has also been recorded in forms such as Berrington, Borrington, and Bornton. The surname originates from towns named Barrington in Cambridgeshire, Gloucestershire, and Somerset in England. The name is derived from the Anglo-Saxon name Baro combined with ing and tun (meaning 'town, settlement, homestead'), meaning 'from the town of the troublemaking tribe', possibly in reference to the invading Anglo Saxons.

In addition, Barrington is a variant transcription of Barry (English and Irish).

A variant transcription of Barrington is Barington.

Barrington is unusual as a baby boy name. It is not listed in the top 1000. 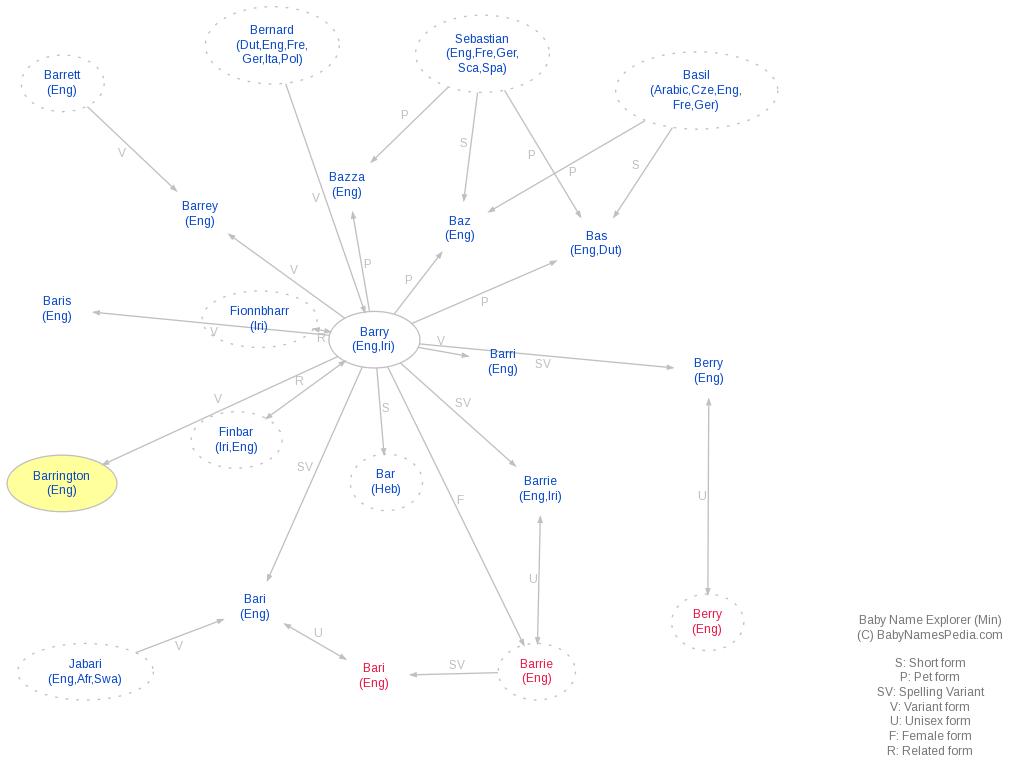