What does Beatrice mean?

[ 3 syll. bea-tri-ce, be-atr-ice ] The baby girl name Beatrice is pronounced as BIY-ah-TRihS or BIY-TRihS (English) or Beh-aa-TRIY-CHeh (Italian) †. Beatrice is largely used in the English, French, German, and Italian languages. It is derived from Latin origins. In Dante's 14th-century epic poem The Divine Comedy, Beatrice is the name of Dante's guide through paradise; the character was based on Dante's beloved muse in real life, a Florentine girl named Beatrice Portinari (1266-1290). The name was also chosen by Shakespeare for a witty character in his play Much Ado About Nothing (1598-1599). The name was later popularized by association with Princess Beatrice (1857-1944), the youngest daughter of Queen Victoria.

Beatrice is an English, French, German, and Italian variant transcription of Beatrix.

Variant forms inherit the origin and thus the meaning of Beatrice.

Beatrice is a classic favorite. Currently it is still a rather popular baby girl name, but not to the degree it was before. At the peak of its usage in 1910, 0.586% of baby girls were given the name Beatrice. It had a ranking of #36 then. The baby name has fallen from favor since then, and is of irregular use in recent years. In 2018, its usage was only 0.029% and its ranking #573, but it was nonetheless the most frequently used out of all girl names in its family. The name Beatrice has been mainly given to girls, though it has also been used as a boy name in the last century. There were 94 times as many girls than boys who were named Beatrice in 1910. 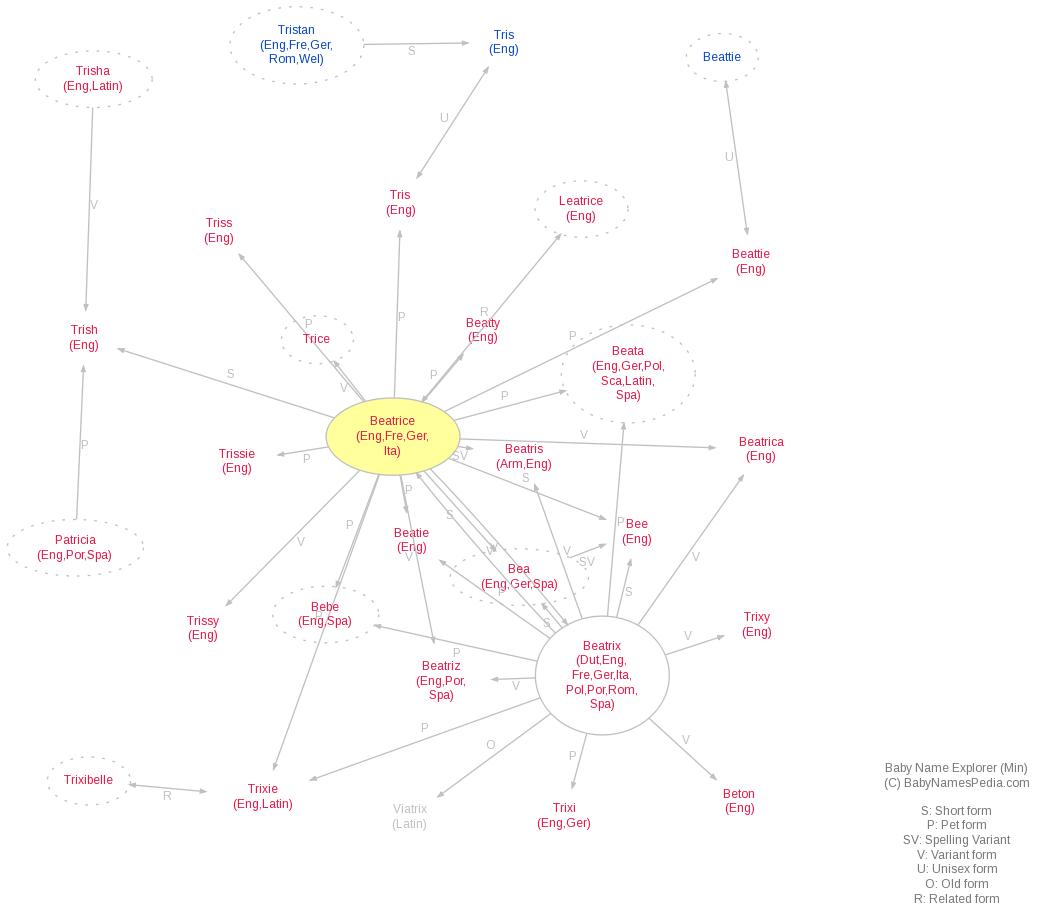