What does Beatrix mean?

[ 3 syll. bea-trix, be-atr-ix ] The baby girl name Beatrix is pronounced as BIY-ah-TRihKS (English) or BEY-aa-TRihKS (Dutch) †. Beatrix is a Dutch, English, French, German, Italian, Polish, Portuguese, Romanian, and Spanish name of Latin origin. The meaning of the name is traveler, pilgrim, bringer of joy. It is derived from the words 'viator' meaning traveller, pilgrim ; 'beatus' blessed ; 'beare' to make happy. The original form of the name appears to have been Viatrix (Latin), a feminine form of 'Viator' of the element 'viator' (meaning traveller, pilgrim). The name was later associated with the Latin element 'beatus', and it became Beatrix as 'Via-' and 'Bea-' had similar pronunciations in Late Latin. The name was borne by a 4th-century saint who was martyred in Rome; thus it was common among early Christians. Its use was recorded in the Domesday Book (1086). In literature, the name has been borne by a character in the William Makepeace Thackeray novel The History of Henry Esmond (1852), and it is also famous from Beatrix Potter (1866-1943), the author of children's books.

Beatrix is a variant of the name Beatrice (English, French, German, and Italian).

Beatrix is unusual as a baby girl name. It is listed outside of the top 1000. Out of the family of girl names directly linked to Beatrix, Beatrice was the most popular in 2018. 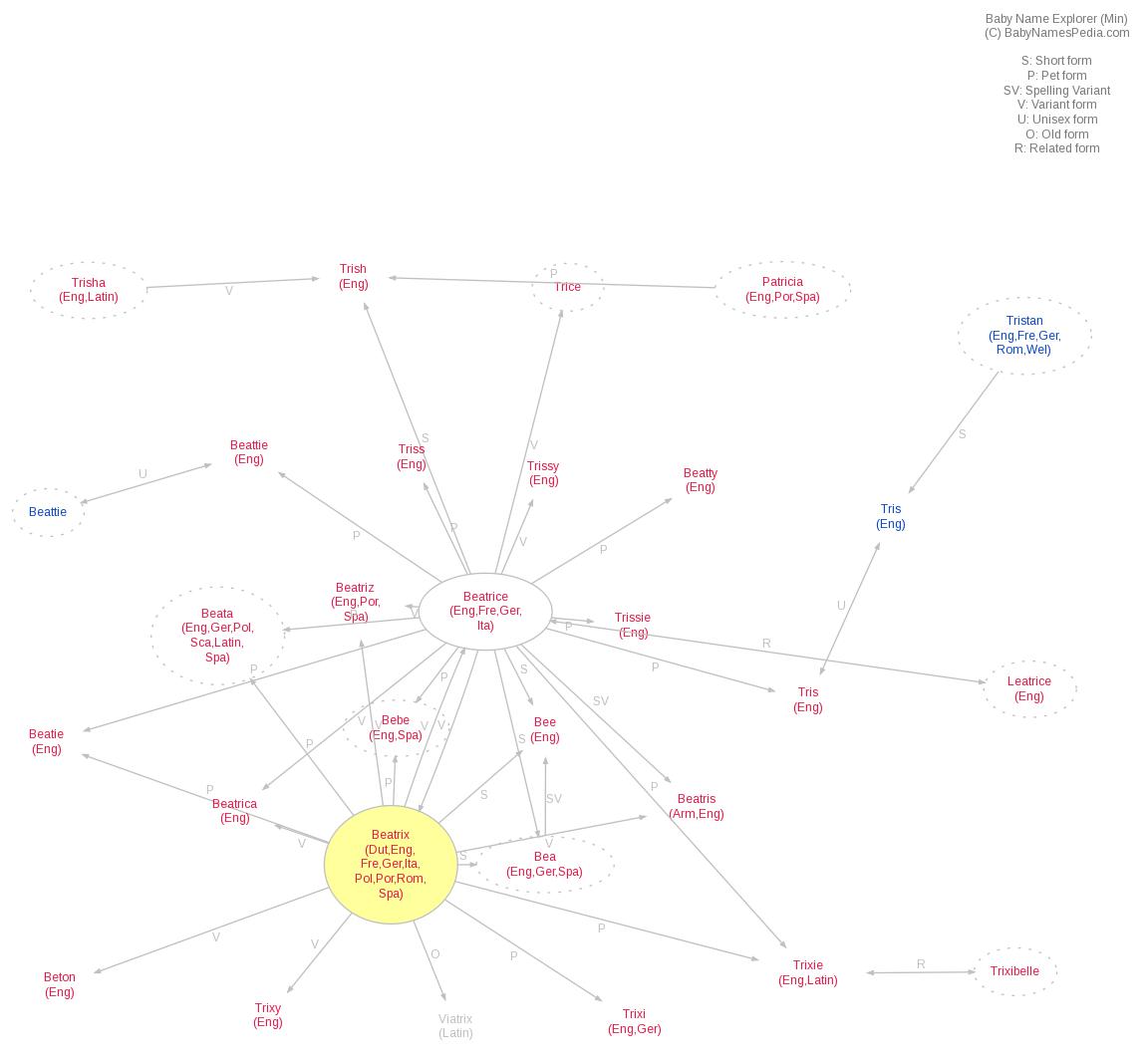