What does Beattie mean?

[ 2 syll. bea-(t)tie, be-att-ie ] The baby boy name Beattie is also used as a girl name. Its pronunciation is BIYTiy †. The origin of Beattie is Latin. The name's meaning is bringer of joy.

Beattie is infrequently used as a baby name for boys. It is not listed in the top 1000 names. 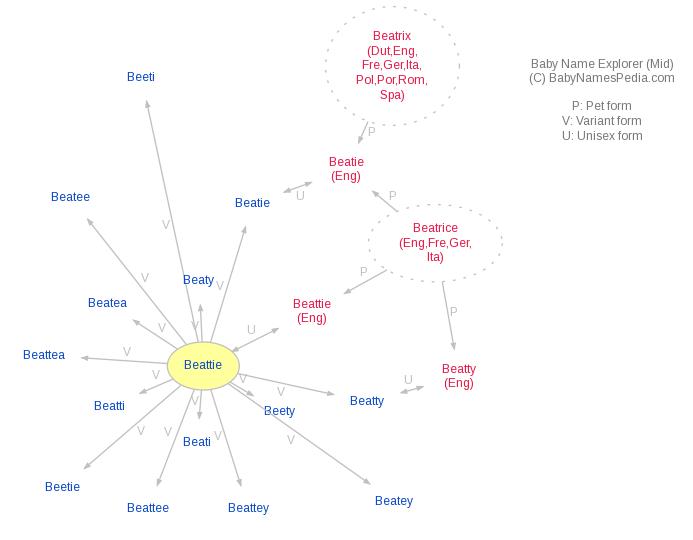