What does Bela mean?

Bela's language of origin is Hungarian. It is predominantly used in Czech and English. The meaning of Bela is 'inner part, within; white; distinguished'. It is derived from bél which means 'inner part, within' ; belo 'white'. Bela is the feminine form of the Hungarian Béla.

Bela has its origins in the Sanskrit language and it is used largely in Indian. The meaning here is 'time, limit, wave, violin'. The name has various meanings in Hindi.

In addition, Bela is a form of the English, German, Italian, Polish, Russian, and Slavic Albina in the Czech language.

Bela is also a form of Bella.

Bela is also a form of the English and French Blanche in the Czech language.

Bela is also a form of Isabel in the Russian language.

Bela is not commonly used as a baby girl name. It is not in the top 1000 names. In 2018, out of the family of girl names directly related to Bela, Bella was the most frequently used. 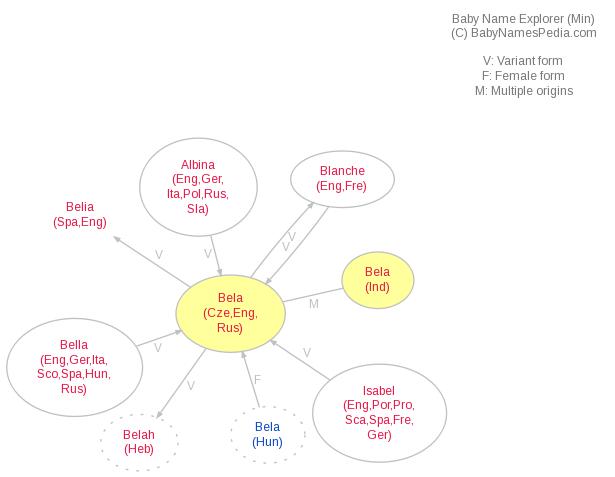