What does Belinda mean?

Belinda's language of origin is Germanic. It is predominantly used in the English, German, Italian, and Spanish languages. An old form of Belinda is Betlindis (Germanic). The name is of obscure origin, possibly Germanic from the first element berht (meaning 'bright, famous') or badu ('fight, battle'), and the second element lind ('weak, soft, gentle, friendly') or lindi. It has often been taken to mean 'beautiful snake', in reference to the snake as a sacred symbol of wisdom and immortality in medieval times. Alternatively, the name could be of Italian or Spanish roots. The name was well used in Europe in the Middle Ages but was adopted by English speakers only since the 17th century. The name grew in popularity after it appeared in various works of literature, notably Sir John Vanbrugh's comedy The Provok'd Wife (1697) and Alexander Pope's poem The Rape of the Lock (1714).

Belinda is of Spanish origin. It is used mainly in English, German, and Italian. It is derived from the word linda which is of the meaning 'beautiful'.

Belinda is uncommon as a baby girl name. At the modest height of its usage in 1961, 0.150% of baby girls were named Belinda. It was #142 in rank then. The baby name has fallen out of favor since then, and is currently used only on a very light scale. Within the family of girl names directly related to Belinda, Bella was the most popular in 2018. 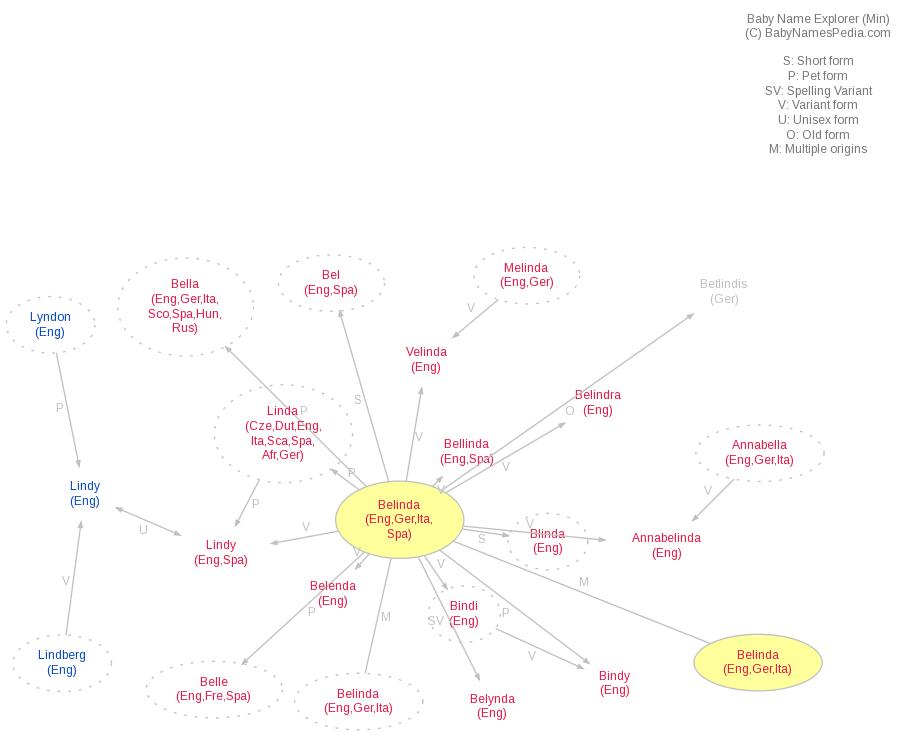