What does Bella mean?

[ 2 syll. bel-la, be-lla ] The baby girl name Bella is pronounced BEHL-aa- †. Bella is of Germanic, Latin, Italian, and Hebrew origin. It is used mainly in the English, German, Italian, Scottish, Spanish, Hungarian, and Russian languages. Italian origin, English, German, Italian, and Scottish use: The name is sometimes taken as a derivative of the Latin, Spanish and Italian bella, although it first developed as a short form of other names such as Isabella. Among English speakers, it was first used in the 18th century and it became especially popular in the 19th centuy. It has also been taken as the feminine form of Beau, especially in the southern USA.

In addition, Bella is an English variant transcription of Annabella (English, German, and Italian).

Bella is also a Spanish variant transcription of Elizabeth (English, Greek, and Hebrew).

Bella is also an English, German, Italian, and Scottish contraction of Isabella.

Bella is also an English and Spanish variant transcription of Mirabelle (English, French, and Spanish).

Variant forms inherit the origin and thus the meaning of Bella. 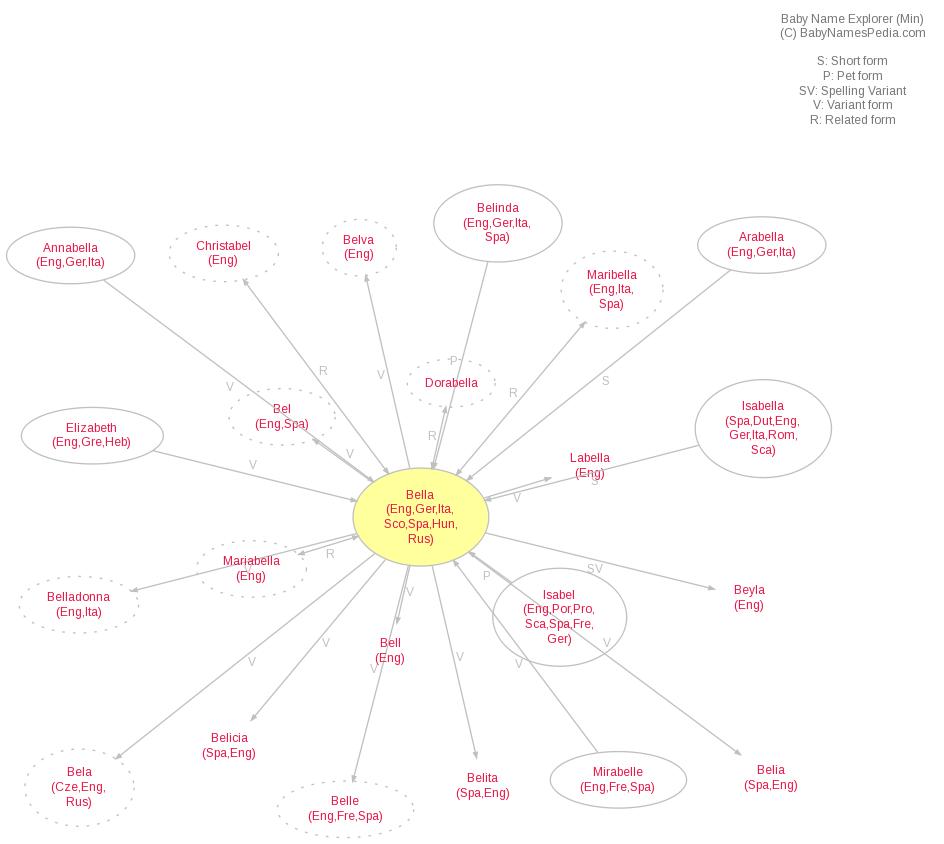