What does Benedicta mean?

[ 4 syll. be-ne-dic-ta, ben-edi-cta ] The baby girl name Benedicta is pronounced Beh-Neh-DIY-KTaa- †. Benedicta has its origins in the Latin language. It is used largely in English and German. It is a biblical name derived from the word benedictus which is of the meaning 'blessed'. An older form of the name is Benedicta (Latin). The generic name has been used in the New Testament of the Bible. Also used by various popes. Benedicta is the feminine equivalent of the English Benedict.

The name Benedicta is used to a great extent; it has 32 forms that are used in English and foreign languages. English forms of Benedicta include Bena, Bendite, Benedictina, Benedicto, Benetta, Benita (also used in Spanish), Benna, Bennedett, Bennedette, Bennett, Binnie, Dixie, and Nita (also used in Spanish). Other English variants include the contracted form Benecia, and the familiar forms Benni, Bennie, and Binney.

Benedicta is uncommon as a baby girl name. It is not in the top 1000 names.

Baby names that sound like Benedicta include Benedykta, Benedicto, Benedikta, Benedikte, and Bénédicte. 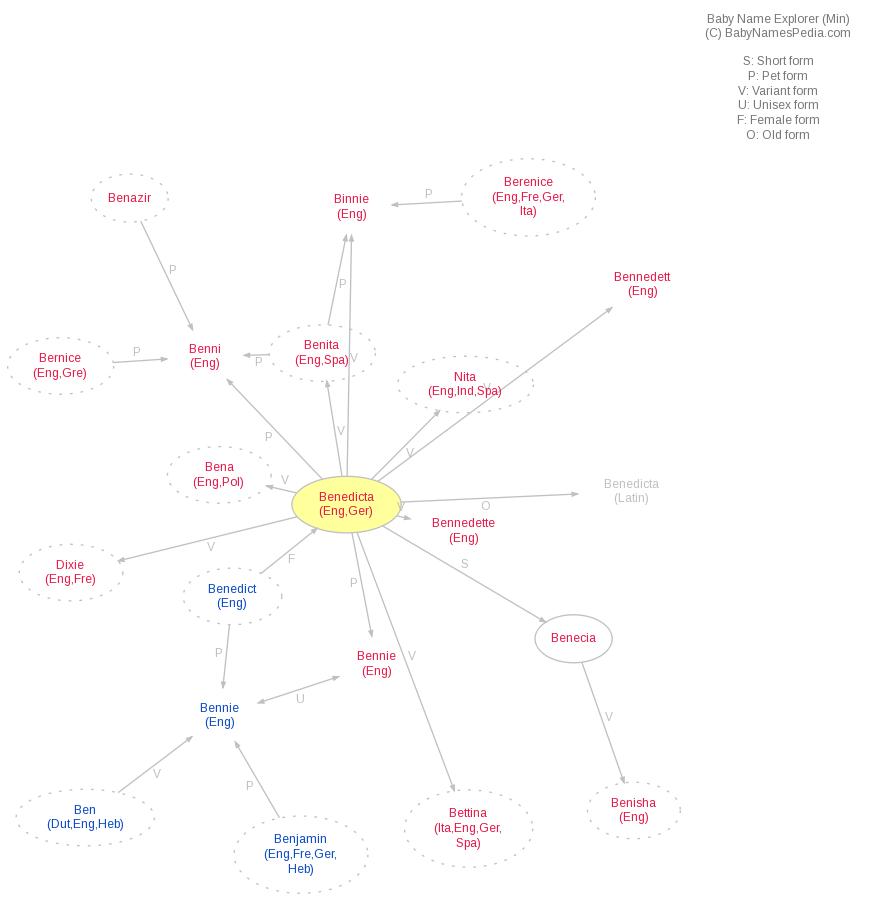