What does Benito mean?

[ 3 syll. be-ni-to, ben-ito ] The baby boy name Benito is pronounced as Beh-NIY-Tow- †. Benito is used predominantly in the Italian, Spanish, and English languages, and its origin is Latin. The name is well-known from the Mexican revolutionary leader Benito Juárez (1806-1872), as well as the fascist dictator of Italy during World War II, Benito Mussolini (1883-1945), who was named after the former.

In addition, Benito is a variant (Italian and Spanish) of the name Benedict (English).

The name Benita (English and Spanish) is the female version of Benito.

The origin and meaning of Benito is inherited by all variant forms.

Benito is unusual as a baby name for boys. Its usage peaked modestly in 1929 with 0.012% of baby boys being given the name Benito. It ranked at #515 then. The baby name has since dropped out of favor, and is currently of sporadic use. In 2018, among the group of boy names directly linked to Benito, Benicio was the most widely used. 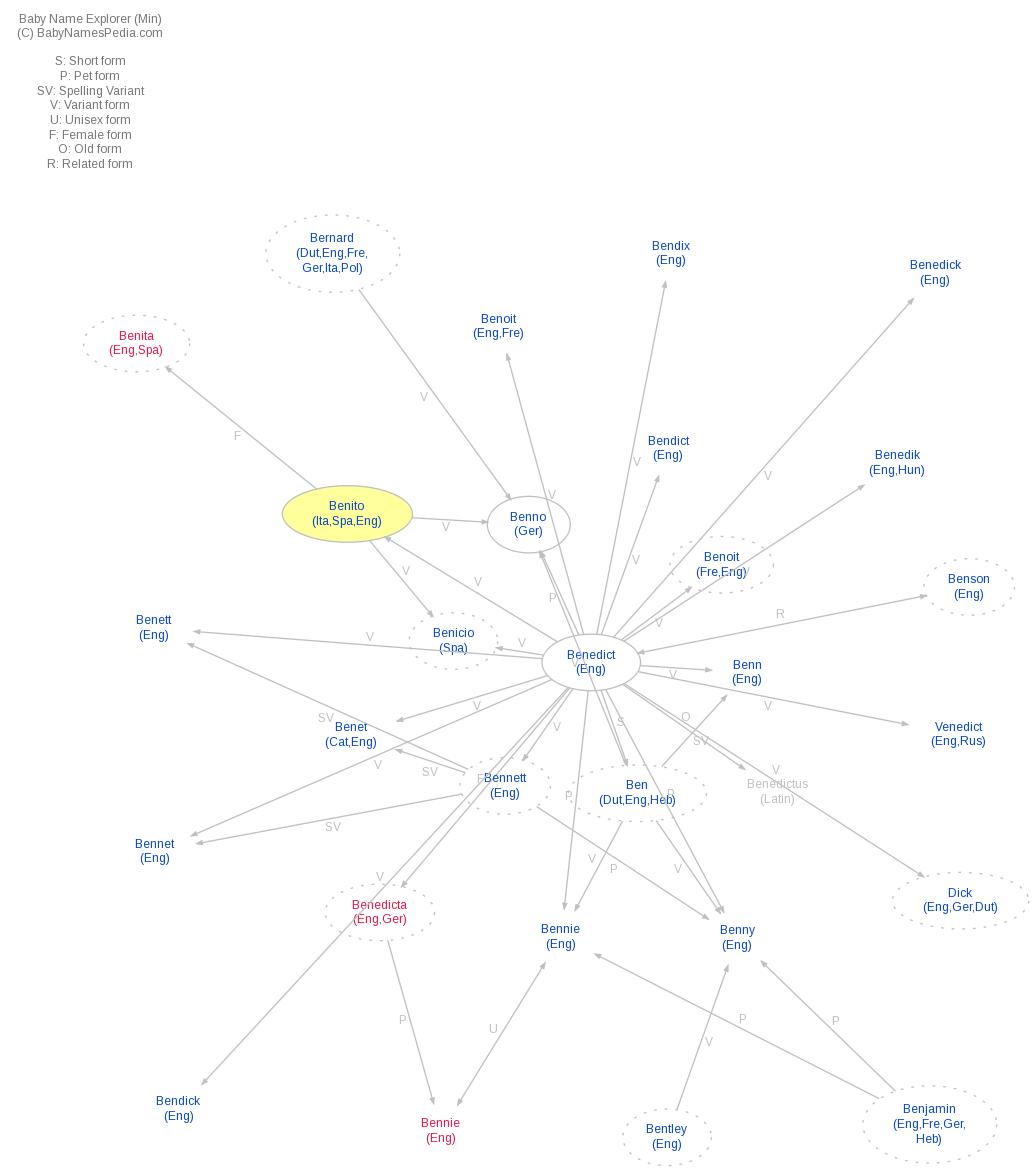