What does Beowulf mean?

[ 3 syll. beo-wul(f), be-owu-lf ] The baby boy name Beowulf is pronounced BEY-ah-WuwLF (English) †. Beowulf's language of origin is Old English and it is predominantly used in English. Beowulf's meaning is 'bear'. It is a two-element name derived from beo which means 'bee' ; wulf 'wolf'. The name was borne by the hero of an 8th-century Old English epic poem bearing the same name. Beowulf killed the monster Grendel and its mother for King Hrothgar, and he reigned for many years as a king, before he eventually died fighting a dragon.

Forms of Beowulf include the names Beowolf, Beowolfe, and Beowufe.

Beowulf is an uncommon baby name for boys. It is not in the top 1000 names.

Baby names that sound like Beowulf include Beowolf, Beowolfe, Bogoljub, and Bohuslav. 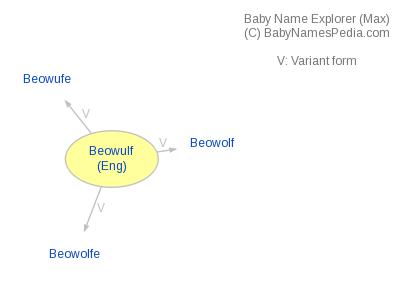