What does Berger mean?

[ 2 syll. ber-ger, be-rg-er ] The baby boy name Berger is pronounced as BER-G-er †. Berger is used predominantly in Dutch, English, and German. Its origin is Germanic and Old Norse.

Berger is a variation (Dutch, English, and German) of the name Berg (English and German).

Berger is also a variation of the name Birger (German and Scandinavian).

The origin and thus the meaning of Berger is inherited by all variant forms.

Berger is not commonly used as a baby boy name. It is not listed within the top 1000. 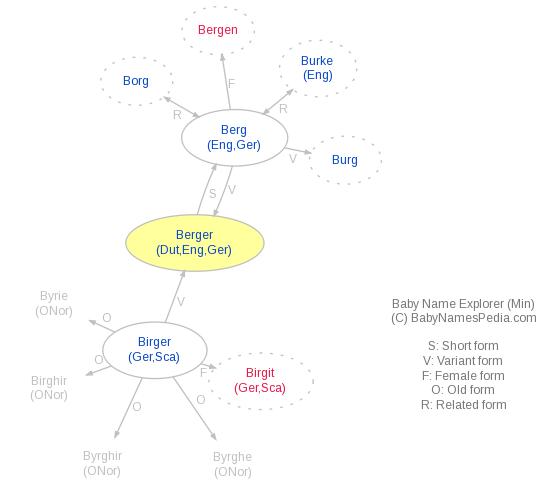