What does Berk mean?

[ 1 syll. ber(k), be-rk ] The baby boy name Berk is pronounced Bah-K †. Berk's language of origin is Turkish and Old English. It is predominantly used in English. From Turkish roots, its meaning is 'solid, firm, rugged'.

In addition, Berk is a variant form of the English Berkeley.

Berk is also a variant form of the English Burke.

Variant forms of Berk include the names Berc, Berck, and Berke.

Berk is not commonly used as a baby boy name. It is not in the top 1000 names. 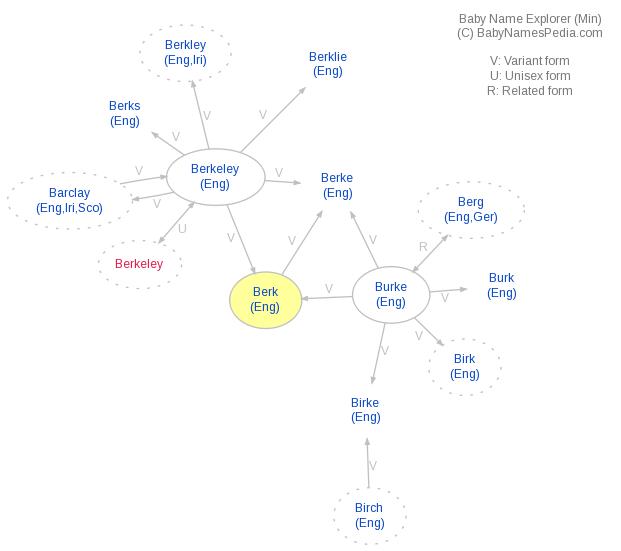