What does Berkeley mean?

[ 2 syll. ber-ke-ley, be-rkel-ey ] The baby boy name Berkeley is sometimes used as a girl name. Its pronunciation is BAARKLiy- or BAH-KLiy- †. Berkeley is used predominantly in the English language and its origin is Old English. The name's meaning is birch tree clearing. The first name is taken from the surname, which is itself from an English place name in Gloucestershire derived from the Old English 'beorc' and 'leah' (meaning wood, clearing, meadow).

Berkeley is a variant of the name Barclay (English, Irish, and Scottish).

Berkeley is an infrequently used baby name for boys. It is listed outside of the top 1000 names. 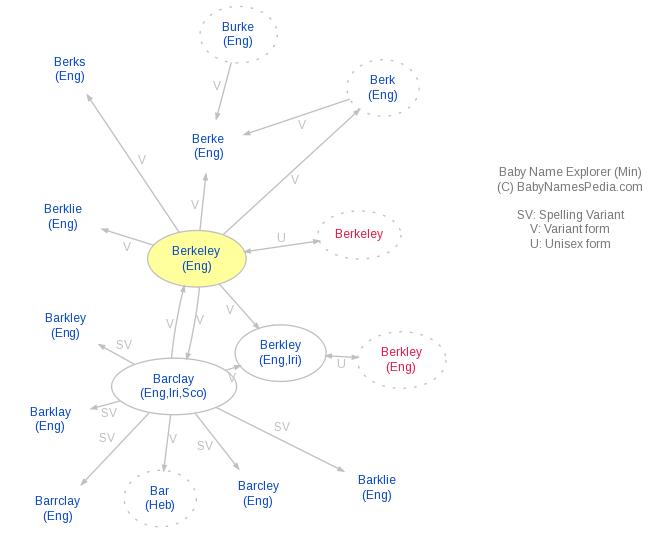