What does Berkleigh mean?

[ syll. ber-klei-(g)(h), be-rkle-igh ] The baby boy name Berkleigh is pronounced as B-ERKL-AH- †. Berkleigh's origin is Old English. Berkleigh is a variation of the name Berkeley (English).

Berkleigh is not regularly used as a baby name for boys. It is listed outside of the top 1000 names. 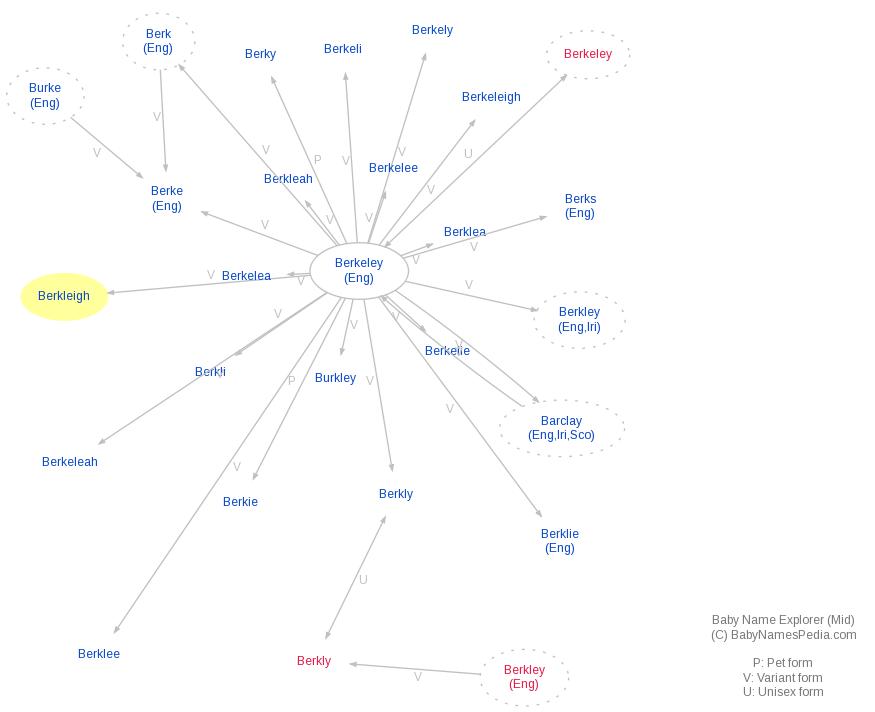