What does Beth mean?

[ 1 syll. bet(h), be-th ] The baby girl name Beth is also used as a boy name, though it is far more popular for girls. It is pronounced Beh-TH †. Beth's origin is Hebrew, and its use, English and Hebrew. Biblical name: The name was first used as a diminutive of Elizabeth in the 19th century, and it was popularized by one of the central characters Beth March in Louisa M. Alcott's novel Little Women (1868). It came into use as an independent name soon after.

Beth is a shortening of the Welsh and English Bethan in the English language.

Beth is also a shortening of the English and Hebrew Bethel.

Beth is also a shortening of the English, Greek, and Hebrew Elizabeth in the English language.

Beth is uncommon as a baby girl name. At the modest height of its usage in 1964, 0.342% of baby girls were named Beth. It had a ranking of #65 then. The baby name has seen a substantial drop in frequency since then, and is used only on a very light scale today. In 2018, within the family of girl names directly related to Beth, Elizabeth was the most popular. Beth has mainly been a baby girl name in the last century. 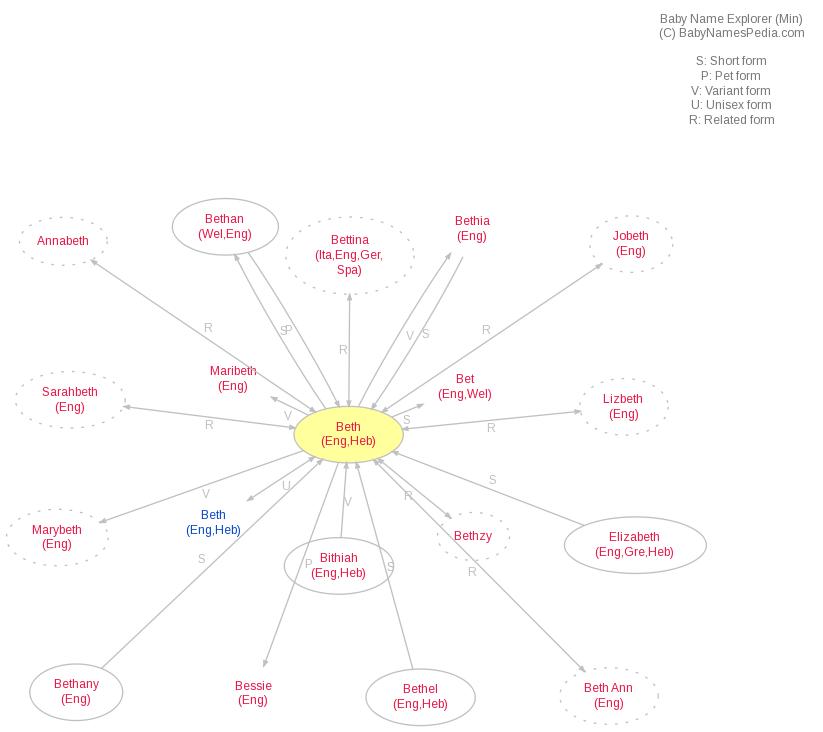