What does Betty mean?

[ 2 syll. bet-ty, be-tty ] The baby girl name Betty is pronounced BEHT-iy- †. Betty's language of origin is Hebrew, and it is used mainly in the Dutch and English languages. The name was first used in the 18th century.

In addition, Betty is a pet form of the English, Greek, and Hebrew Elizabeth in the English language.

Variant forms share the origin and thus the meaning of the name Betty.

Betty is rare as a baby name for girls. At the peak of its usage in 1930, 3.280% of baby girls were given the name Betty. Its ranking then was #2. The baby name has since markedly fallen in popularity, and is used only on a very light scale today. Out of the group of girl names directly linked to Betty, Elizabeth was the most commonly used in 2018. Betty has predominantly been a girl name, although in the past century it has also been used for boys. Girls named Betty outnumbered boys by 437 times in 1946. 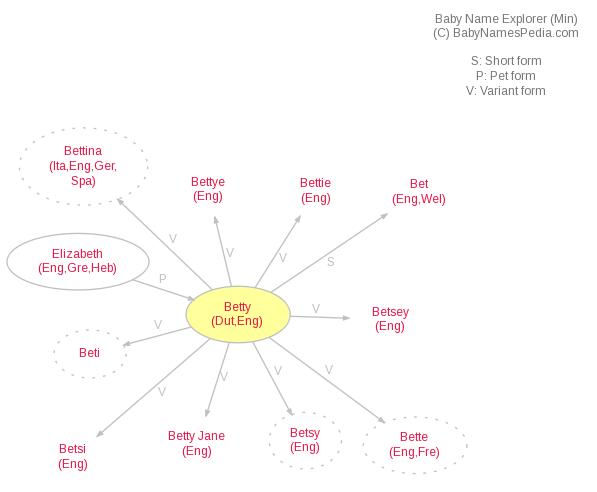