What does Beverly mean?

[ 3 syll. be-ver-ly, bev-e-rly ] The baby boy name Beverly is also used as a girl name, with the latter form being much more common. It is pronounced as BEH-V-er-Liy- †. Beverly is used chiefly in the English and German languages, and its origin is Old English. The name is of the meaning beaver meadow. It is derived from the elements 'beofor' meaning beaver ; 'leah' wood, clearing, meadow. The boy name was made known and popularized by the British author Beverley Nichols (1898-1983). See Beverly for more information.

Beverly is an unusual baby name for boys. Its usage peaked modestly in 1915 with 0.013% of baby boys being given the name Beverly. Its ranking then was #526. The baby name has since experienced a steep fall in popularity, and is today of infrequent use. Among all boy names in its group, Beverly was nonetheless the most regularly used in 2018. There were times before 1907 that the name Beverly was given more often to boys, but it is more popular as a girl name today. In 1954, girls named Beverly outnumbered boys by 170 times. 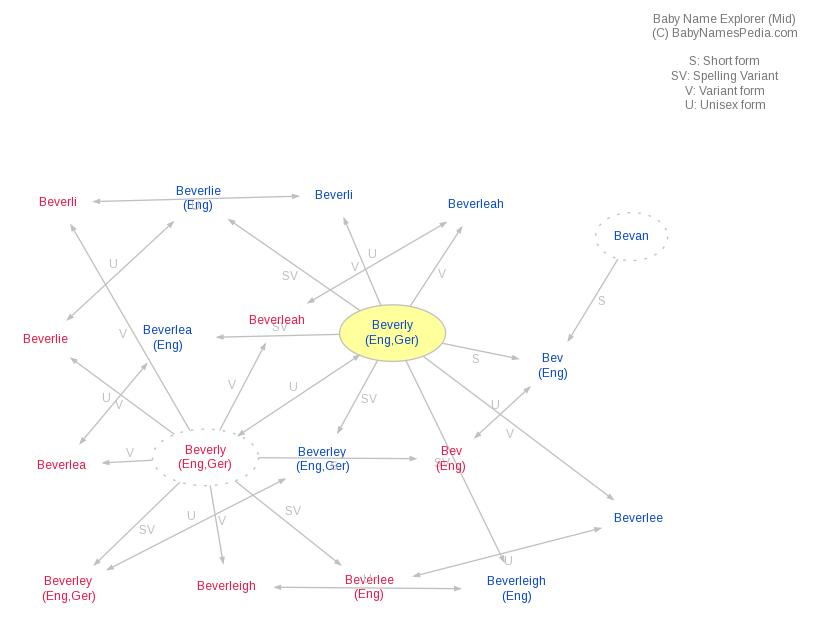