What does Birgit mean?

[ 2 syll. bir-git, bi-rg-it ] The baby girl name Birgit is pronounced B-ERJHahT †. Birgit's language of origin is Old Norse and Celtic. It is predominantly used in German and Scandinavian. Old Norse origin: It is derived from the word biarga with the meaning 'to help'. In Scandinavia, the name owes its popularity to Saint Birgitta (1304-1373), patron saint of Sweden and founder of the Bridgettine order of nuns. The saint's father is named Birger.

In addition, Birgit is a form (German and Scandinavian) of the English, Irish, and Scottish Bridget.

Birgit is the feminine version of the German and Scandinavian Birger.

Birgit is not popular as a baby girl name. It is not in the top 1000 names. In 2018, out of the family of girl names directly related to Birgit, Bridget was the most widely used. 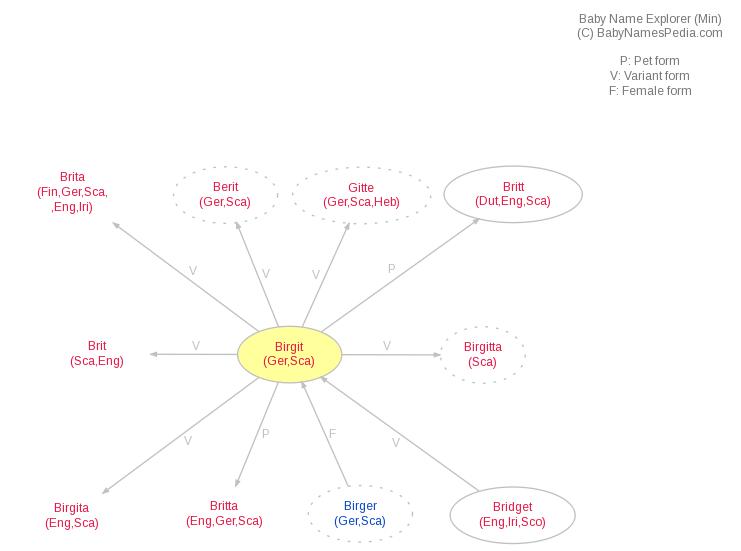