What does Blake mean?

[ syll. bla-ke, bl-ake ] The baby boy name Blake is sometimes used as a girl name. Its pronunciation is BL-K †. Blake is an English name of Old English origin. The name is of the meaning dark; fair. The name originated as a nickname for someone of very dark, or conversely very light, hair or skin. The confusion arises due to the Old English 'blaec' and 'blac' (meaning pale, white, shining, bleak) being differentiated mainly by the different pronunciation of the 'a' as in 'car' or 'cat'. Both elements have been used for the nickname, which gave rise to the subsequent surname and first name. Among English speakers, the first name has been in use since the 19th century; it has sometimes been bestowed in tribute to the English admiral Robert Blake (1599-1657) or the British poet William Blake (1757-1827).

Blake is popular as a baby name for boys. The name's popularity has been rising since the 1940s. At the modest peak of its usage in 2012, 0.299% of baby boys were given the name Blake. Its ranking then was #71. In 2018, its usage was 0.127% and its ranking #158, and it was the most commonly used out of all boy names in its group. Blake has in the past century been predominantly given to baby boys. In 2017, baby boys named Blake outnumbered girls by 2 times. 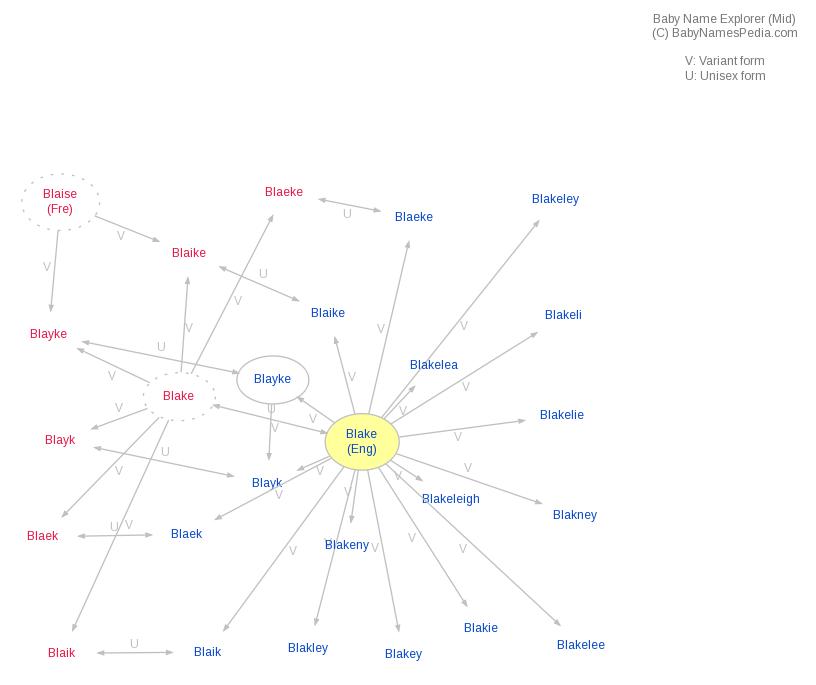