What does Blanca mean?

[ 2 syll. blan-ca, bl-a-nca ] The baby girl name Blanca is pronounced BLAENGK-aa- †. Blanca's language of origin is Italian and Old French. It is predominantly used in the English, Italian, and Spanish languages.

In addition, Blanca is a variant transcription of Bianca (English, Italian, Romanian, German, Hungarian, and Spanish).

Blanca is also an Italian and Spanish variant transcription of Blanche (English and French).

Variation transcriptions of Blanca include Belanka, Bellanca, Blanka, and Blankah.

Variant forms inherit the origin and meaning of Blanca.

Blanca is a rare baby girl name. At the modest peak of its usage in 1990, 0.032% of baby girls were given the name Blanca. It had a ranking of #397 then. The baby name has fallen from favor since then, and is of only irregular use now. In 2018, out of the family of girl names directly linked to Blanca, Bianca was the most popular. 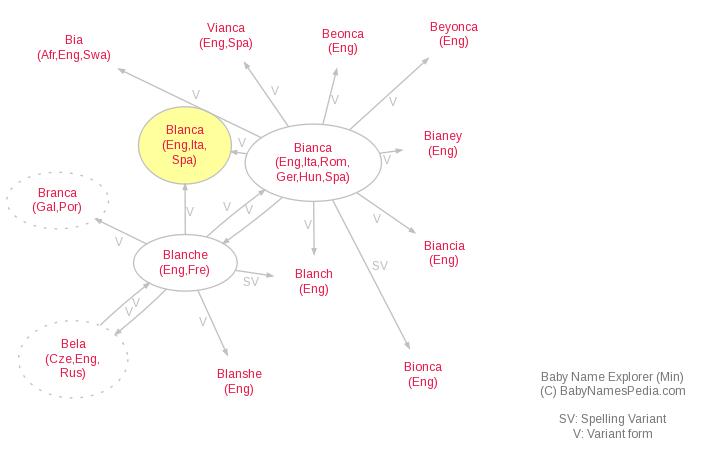