What does Blue mean?

[ 1 syll. blue, bl-ue ] The baby girl name Blue is pronounced as BLuw- †. Blue is mainly used in English and its language of origin is also English. The meaning of Blue is blue; sad. Its meaning is derived literally from the ordinary word 'blue'.

The names Bleu and Blu are variant forms of Blue. 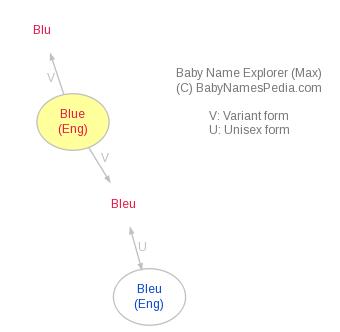