What does Bo mean?

[ 1 syll. bo ] The baby girl name Bo is also used as a boy name, with the latter form being far more popular. It is pronounced B-aw †.

Bo's origin is Old Norse, and its use, Dutch and German. It is derived from the word búa which is of the meaning 'to live, to dwell, have a household'. The feminine name was made popular in the 20th century by the American actress Bo Derek (1956-). See Bo for more information.

Forms of Bo include the names Beau and Bow.

Bo is of Chinese origin. The meaning here is 'precious'.

In addition, Bo is a Spanish form of the English and Spanish Bonita. 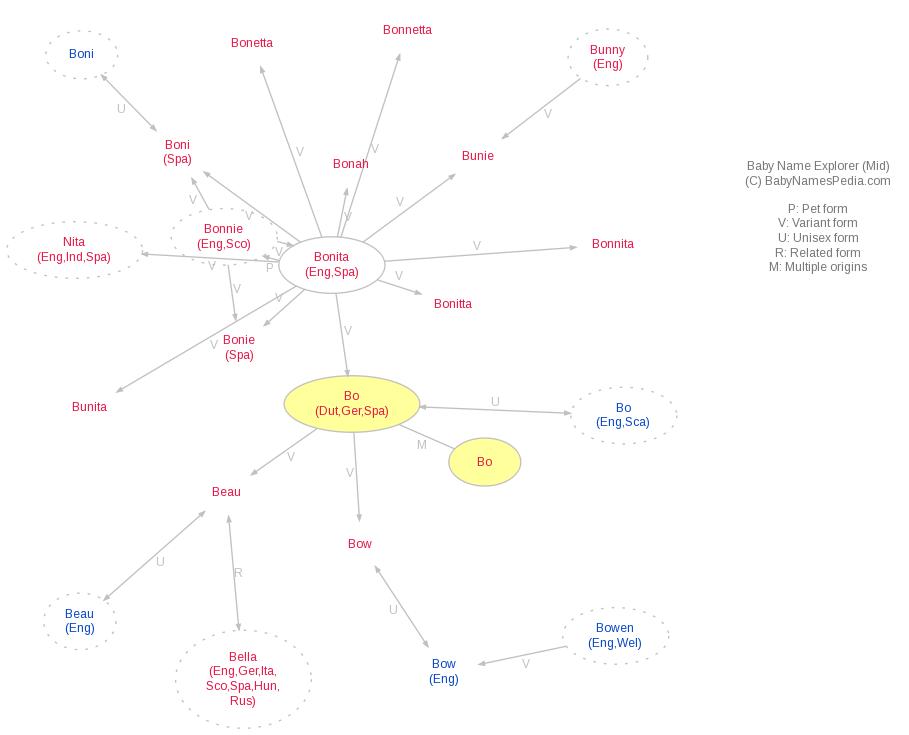