What does Bobbi-Jo mean?

[ 3 syll. bob-bi-jo, bo-bbi-jo ] The baby girl name Bobbi-Jo is pronounced as BAAB-iy-JHow- †. Bobbi-Jo's origin is English-American. The name is derived from the combination of the name Bobbi and the suffix '-Jo'.

Variant forms share both the origin and meaning of the name Bobbi-Jo.

Bobbi-Jo is infrequently used as a baby name for girls. It is not ranked within the top 1000 names. 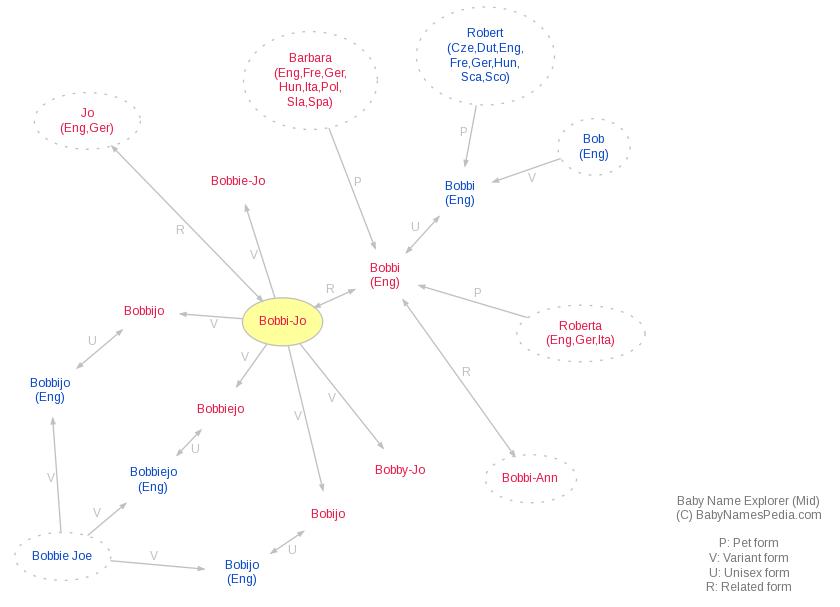