What does Bogdan mean?

[ 2 syll. bog-dan, bo-gd-an ] The baby boy name Bogdan is pronounced as BAOG-DaaN (Polish) †. Bogdan is largely used in the Polish, Romanian, Russian, Slavic, and Ukrainian languages, and it is derived from Slavonic and Celtic origins. From Slavonic roots, its meaning is given by God. It is derived from the elements 'bog' meaning god ; 'dan' given. The name has been made known by Bohdan Khmelnytsky (1595-1657), a Ukrainian Cossack leader.

In addition, Bogdan is an Ukrainian variant of the name Donald (English and Scottish).

The name Bogdana (Polish, Romanian, Russian, and Slavic) is the female equivalent of Bogdan.

Bogdan is unusual as a baby name for boys. It is not listed in the top 1000 names. In 2018, out of the group of boy names directly linked to Bogdan, Donald was the most regularly used. 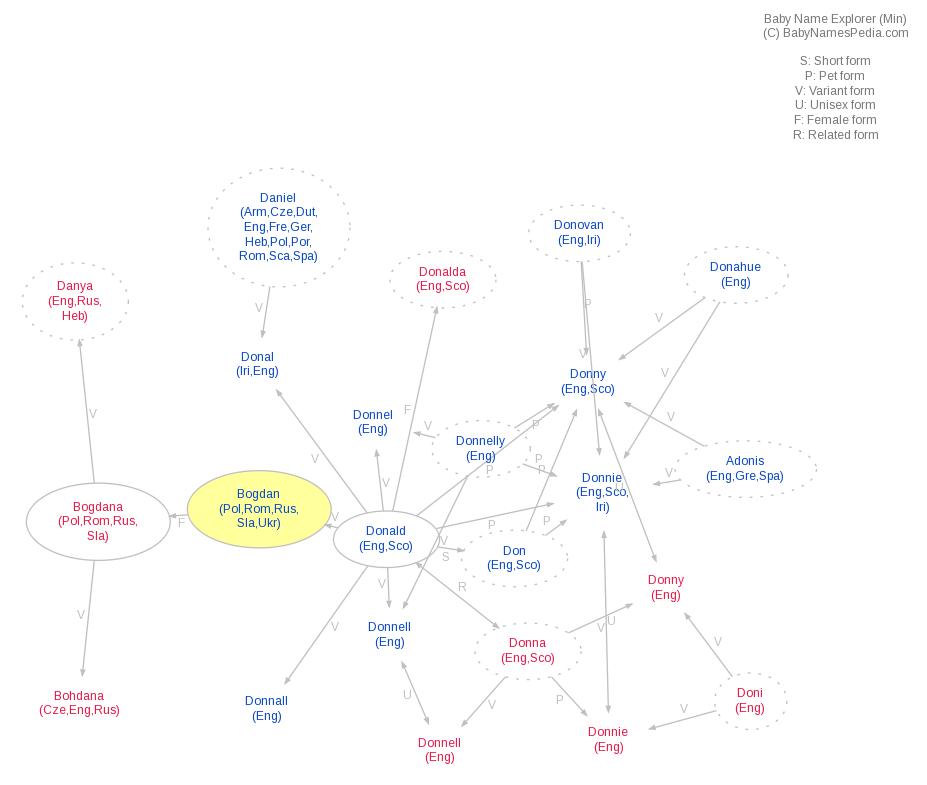