What does Bonaventura mean?

[ 6 syll. bo-na-ven-tu-ra, bon-avent-ura ] The baby boy name Bonaventura is pronounced as BowNaa-VahNTAYUW-Raa- or BowNaa-VeyN-TAYUW-Raa- †. Bonaventura is primarily used in the German, Italian, and Spanish languages. It is of Italian origin. The name means good fortune. It is derived from the words 'buona' meaning good ; 'ventura' fortune, luck. The name was invented by Italians in the 11th century, presumably for the good fortune of the bearer. The name was borne by Saint Bonaventure of Bagnoregio (1221-1274), a prominent monk considered as the second founder of the Franciscan order after Saint Francis of Assisi; he is also a Doctor of the Church.

The English and French Bonaventure, the Spanish Buenaventura, and the English Ventura are forms of the name.

Bonaventura is unusual as a baby boy name. It is not ranked within the top 1000. 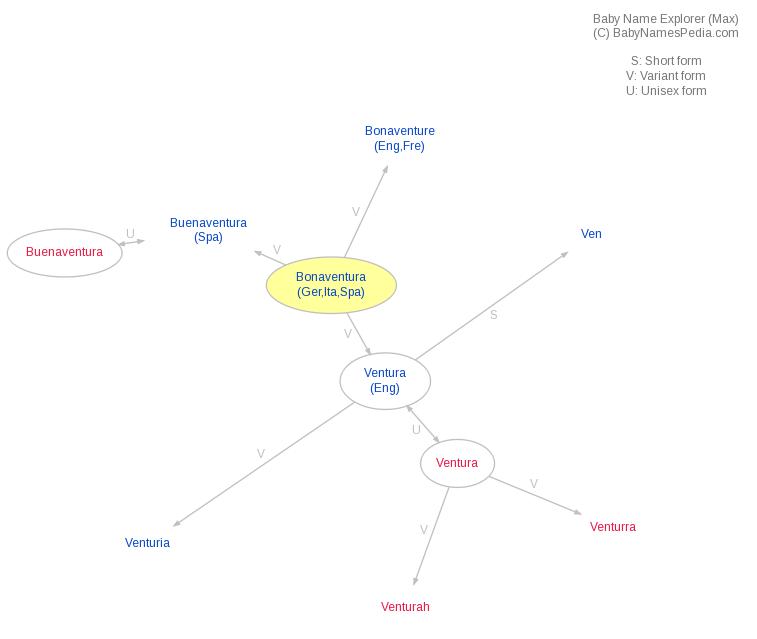