What does Borja mean?

[ 2 syll. bo-rja, bor-ja ] The baby boy name Borja is pronounced as BAORYAH †. Borja is a Russian and Spanish name of Slavonic and Spanish origin. Spanish origin, Spanish use: It is derived literally from the word 'borja' which means hut. The name is of obscure origin and meaning. It was borne by the Spanish Jesuit, Saint Francis Borgia (1510-1572); his Spanish name is San Francisco de Borja. He is the patron saint against earthquakes.

In addition, Borja is a Russian diminutive of the English, German, Russian, and Slavic name Boris.

The English name Borgia is a form of Borja.

Borja is a baby boy name of irregular use. It is not ranked within the top 1000. 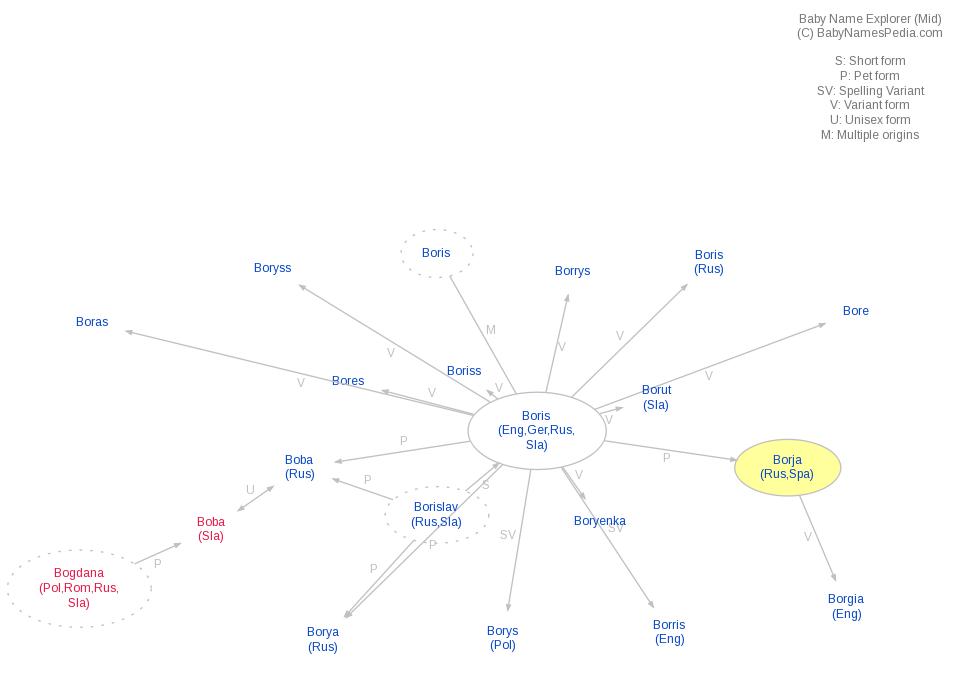