[ syll. br&uu-mlnhil-de ] The baby girl name Brünhilde has its origins in the Germanic language and it is predominantly used in German. Brünhilde is a variant transcription of Brunhilde (Dutch and German).

Brünhild (German spelling variant) is a form of the name.

Brünhilde is not widely used as a baby name for girls. It is not listed within the top 1000 names. 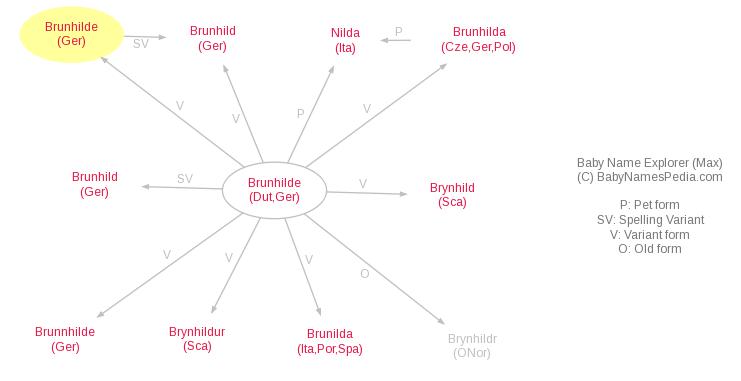