What does Braden mean?

[ 2 syll. bra-den, br-ad-en ] The baby boy name Braden is pronounced as BREY-DehN †. Braden is largely used in English and Irish. Its origin is Celtic. The name Braden means descendant of Bradan, salmon. The first name is derived from an Irish surname 'Ó Bradáin' meaning 'descendant of Bradan'; the first name Bradan is itself from the Gaelic word 'bradan'. The name has been widely in recent times, in line with the popular trend favoring '-en' or '-an' names. The form Brayden also received a boost in popularity from its choice as the name of Miranda Hobbe's baby in the trendy US television series Sex in the City (1998-2004). 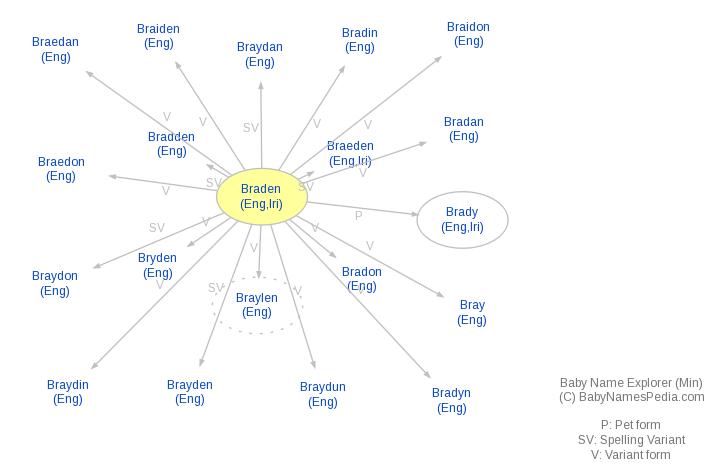