What does Branson mean?

[ 2 syll. bran-son, br-ans-on ] The baby boy name Branson is pronounced BRAENSahN †. Branson's origin, as well as its use, is in the English language. Branson is of the meaning 'son of Brandon'.

Branson is a variation (English) of Brand (English, French, and German).

Brans (shortening) is another variation of the name. 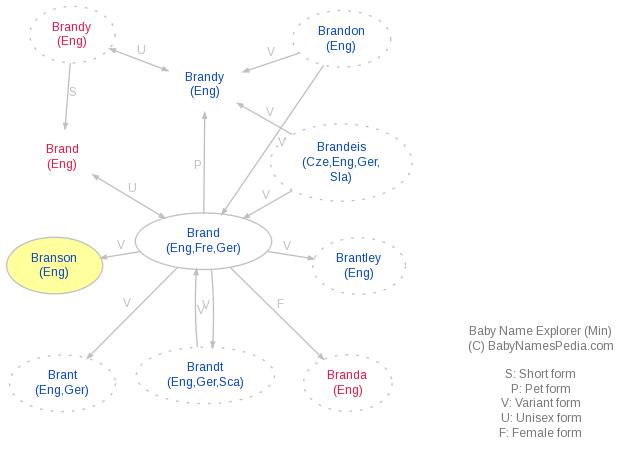