What does Brant mean?

[ 1 syll. bran(t), br-a-nt ] The baby boy name Brant is pronounced BRahNT †. Brant's language of origin is Old English and Old Norse, and it is predominantly used in the English and German languages. The first name is derived from the surname, which is itself a variant of Brandt.

Brant is an English and German form of the English, French, and German Brand.

Brant is also an English form of the Czech, English, German, and Slavic Brandeis.

Brant is also an English form of the English, German, and Scandinavian Brandt.

Variant forms inherit the origin and meaning of the name Brant.

Brant is a rare baby name for boys. At the modest peak of its usage in 1978, 0.013% of baby boys were given the name Brant. It ranked at #550 then. The baby name has since suffered a steep drop in popularity, and is used only on an infrequent scale now. In 2018, out of the group of boy names directly linked to Brant, Brantley was the most popular. 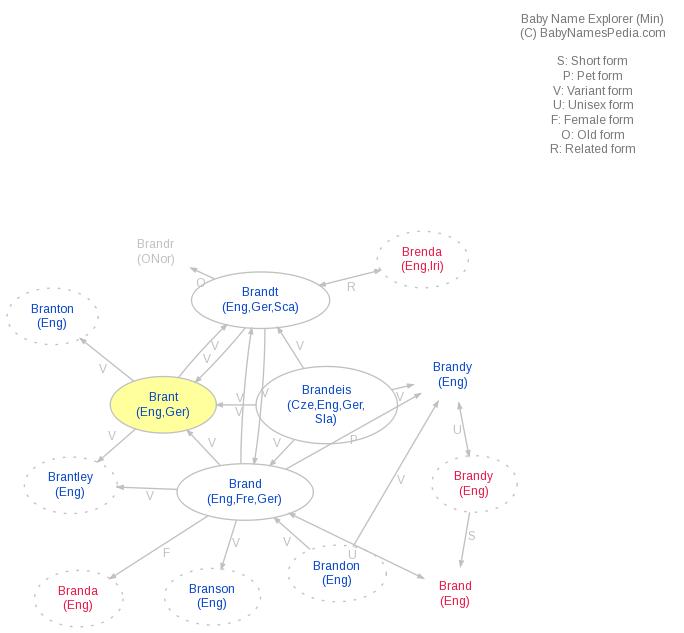