What does Branton mean?

[ 2 syll. bran-ton, br-ant-on ] The baby boy name Branton is pronounced BRAENTahN †. Branton's language of origin is Old English and it is predominantly used in English. Branton's meaning is 'broom town, town covered with broom'. It is from brom which means 'broom, brambles' ; tun 'town, settlement, homestead'. The first name originated from the surname, itself derived from an English place name so called in areas such as Northumbria and West Yorkshire.

In addition, Branton is a variant transcription of Brandon (English).

Branton is also a variant transcription of Brant (English and German).

Branton is not widely used as a baby name for boys. It is not listed within the top 1000 names. In 2018, out of the group of boy names directly related to Branton, Brandon was the most commonly used. 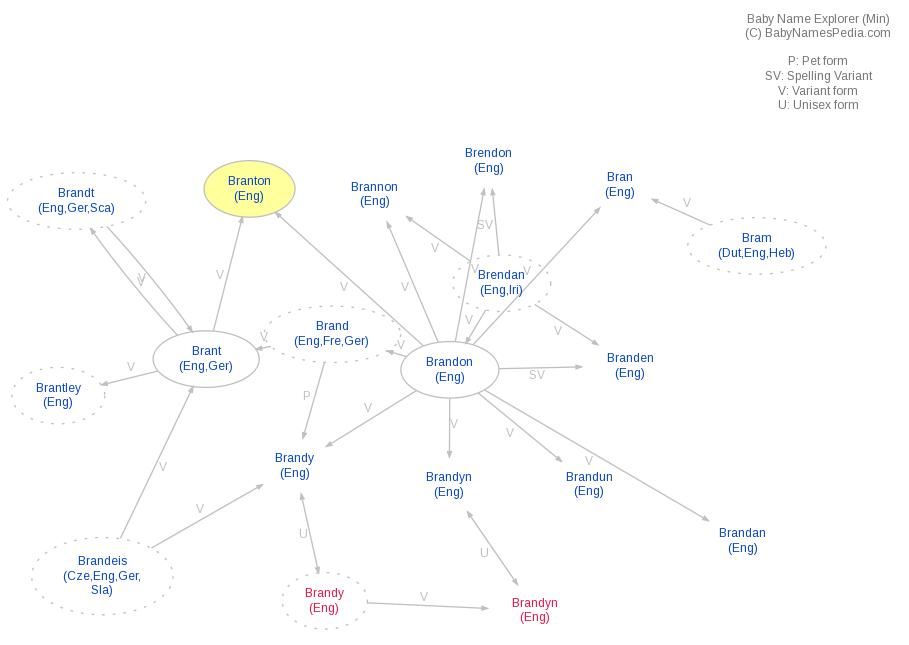