What does Branwen mean?

[ 2 syll. bra-nwen, br-anw-en ] The baby girl name Branwen is pronounced as BRAENWehN †. Branwen is used chiefly in the English and Welsh languages, and its origin is Welsh. The name is of the meaning fair raven, dark beauty. It is derived from the elements 'brân' meaning raven ; 'gwen' white, fair, blessed, holy. Brangwain (Old Welsh) and Brengwain (Old Welsh) are original forms of Branwen. The name Brangwain or Brengwain was borne by Isolde's maid in the legend of Tristan and Isolde. In Welsh mythology, Branwen was the beautiful daughter of Llyr and the sister of the British king Bran; she later became the wife of the Irish king Matholwch, and her story is told in the second branch of the Mabinogi.

Branwen is a variant of the name Bronwen (English and Welsh).

Branwen is not regularly used as a baby name for girls. It is not listed in the top 1000 names. 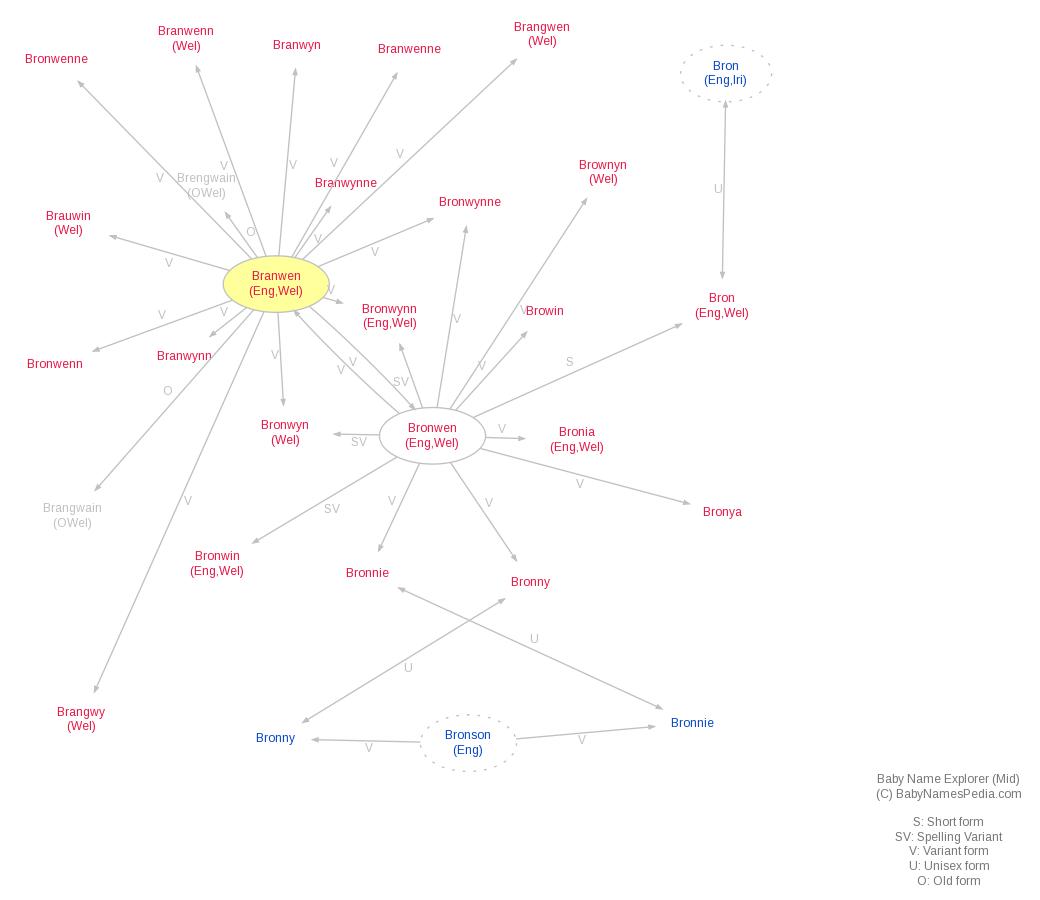