What does Brenna mean?

[ 2 syll. bren-na, br-e-nna ] The baby girl name Brenna is pronounced BREHN-ah †. Brenna's origin is Old Norse and Celtic, and its use, English. From Celtic roots, its meaning is 'descendant of Braonán, tear drop'. It is derived from the word braon which is of the meaning 'tear drop'. It represents the transferred use of the surname as a given name.

In addition, Brenna is a form (English) of the English and Irish Brenda.

Brenna is also a form (English) of the English and Irish Brianna.

Brenna is the feminine version of the English and Irish Brennan.

The contracted form Bren (English), the diminutive Brenie (English), and the spelling variants Breena (English) and Brennah (English) are other forms of the name.

Brenna is uncommon as a baby girl name. At the modest height of its usage in 1995, 0.063% of baby girls were named Brenna. It had a ranking of #235 then. The baby name has substantially slipped in popularity since then, and is currently used only on a very light scale. In 2018, within the family of girl names directly related to Brenna, Brianna was the most widely used. 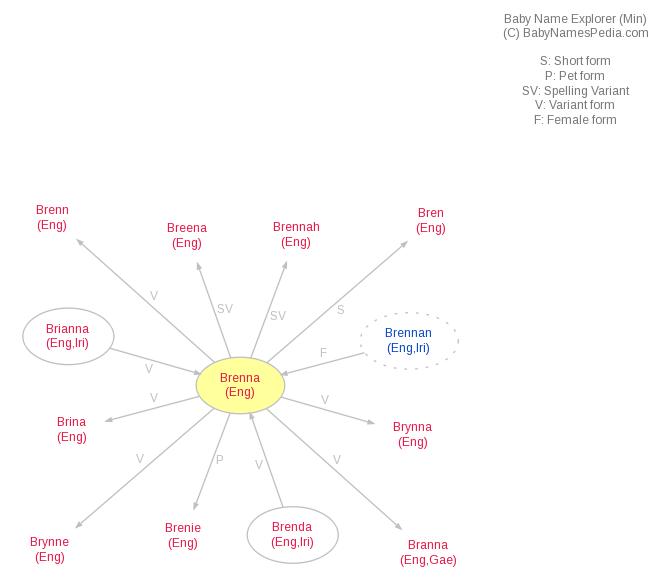