What does Brent mean?

[ 1 syll. bren(t), br-e-nt ] The baby boy name Brent is pronounced BRahNT †. Brent's language of origin is Old English and it is used largely in the English language. It is from the word bryn meaning 'hill'. The first name is derived from the surname, which is itself from various place names in Devon, Somerset, and the West Country that were on high ground or named for the prominent hills in their vicinity. The first name grew in popularity only in the early 20th century, in part contributed by the character Brent Tarleton in Margaret Mitchell's novel Gone with the Wind (1936). It also saw an increase in adoption under the influence of the similarly spelt name Brett.

In addition, Brent is a short form of Brenton (English).

Brent is rare as a baby boy name. At the peak of its usage in 1970, 0.224% of baby boys were given the name Brent. It had a ranking of #74 then. The baby name has suffered a substantial drop in popularity since then, and is of only very modest use now. Out of all boy names in its family, Brent was nonetheless the most regularly used in 2018. 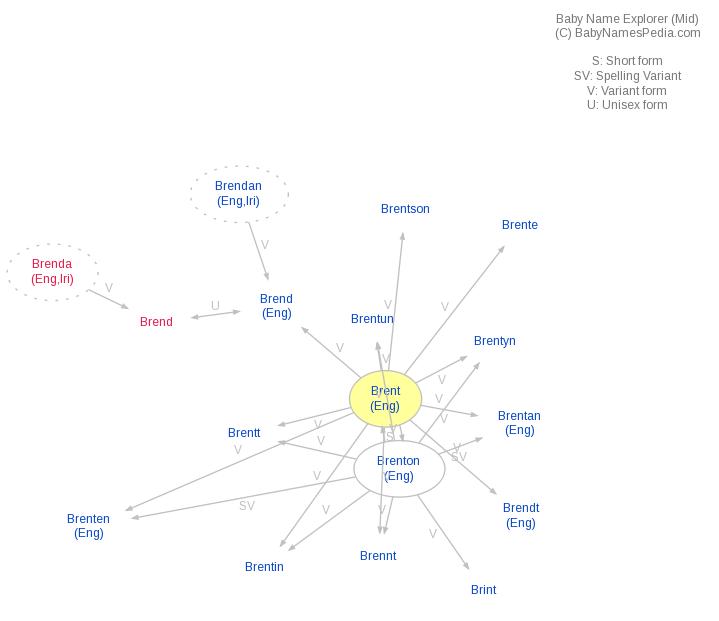