What does Brenton mean?

[ 2 syll. bren-ton, br-ent-on ] The baby boy name Brenton is pronounced as BREHNTahN †. Brenton is primarily used in English and it is of Old English origin. It is from the element 'tun' with the meaning town, settlement, homestead. The first name is derived from the surname, which is itself from a place name 'Bryni's town' in reference to the Old Norse name Bryni.

In addition, Brenton is a form of the English name Brent.

The names Brennt, Brentin, Brentt, Brentun, Brentyn, and Brint are forms of Brenton.

The shortening Brent (English), and the spelling variants Brentan (English) and Brenten (English) are other forms of the name.

Brenton is uncommon as a baby name for boys. At the height of its usage in 1984, 0.043% of baby boys were named Brenton. It ranked at #259 then. The baby name has since dropped out of favor, and is now used on a very modest scale. Within all boy names in its group, Brenton was nevertheless the most widely used in 2018. 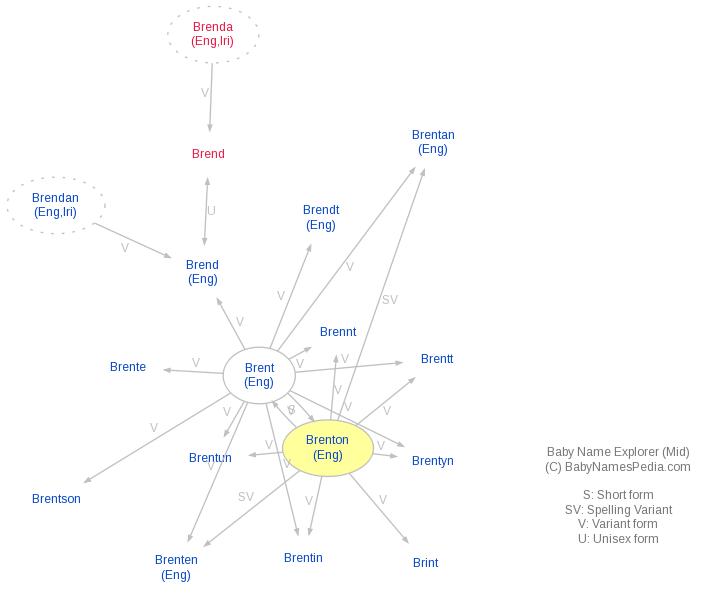